Read an Excerpt from The One You Can't Forget (The Ones Who Got Away, Book2) by Roni Loren ~ #Giveaway ~ @SourcebooksCasa 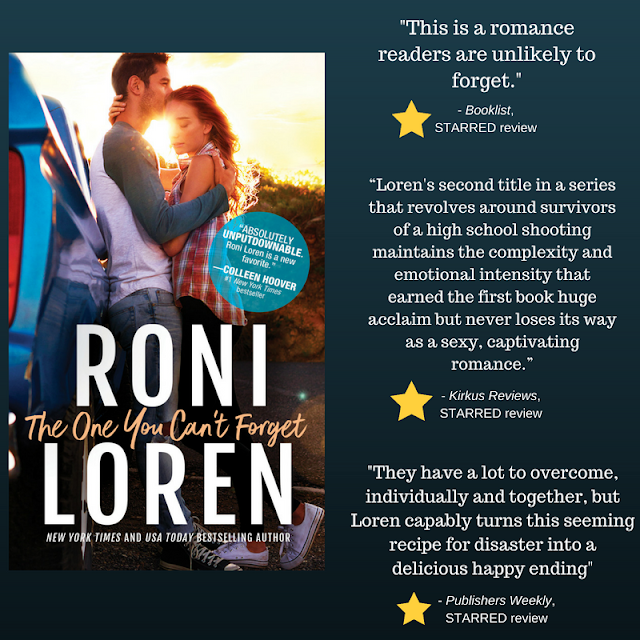 The world admires her as a survivor. But that impression would crumble if people knew her secret. She didn’t deserve to be the one who got away. But nothing can change the past, so she’s thrown herself into her work. She can’t dwell if she never slows down.

Wes Garrett is trying to get back on his feet after losing his dream restaurant, his money, and half his damn mind in a vicious divorce. But when he intervenes in a mugging and saves Rebecca—the attorney who helped his ex ruin him—his simple life gets complicated.

Their attraction is inconvenient and neither wants more than a fling. But when Rebecca’s secret is put at risk, both discover they could lose everything, including what they never realized they needed: each other.

She laughed and kissed him. This morning she'd melted down. But somehow this man had her laughing and turned on only a few hours later. Everything inside her felt buoyed.
She felt…light. 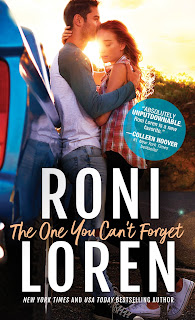 Email ThisBlogThis!Share to TwitterShare to FacebookShare to Pinterest
Labels: Excerpt, Giveaway, Roni Loren, Sourcebooks Casablanca, The One You Can't Forget, The Ones Who Got Away