Slated for execution, shapeshifting assassin, Dahlia Nite, flees her world to hide in the human realm. As payment for the shelter they unknowingly provide, Dahlia dedicates herself to protecting humans from what truly lives in the shadows. Moving from town to town, she hunts the creatures that threaten an unsuspecting human race; burying the truth that could destroy them all.

But the shadows are shifting. The lies are adding up. And when Sentinel City is threatened by a series of bizarre brutal murders, light is shed on what should never be seen. The secrets that have kept humanity in the dark for centuries are in danger of being exposed.

Wrestling with a lifetime of her own deceptions, Dahlia investigates the killings while simultaneously working to conceal their circumstances. But with each new murder, the little bit of peace she has found in this world begins to crumble. Each new clue leads her to the one place she thought to never go again. Home. 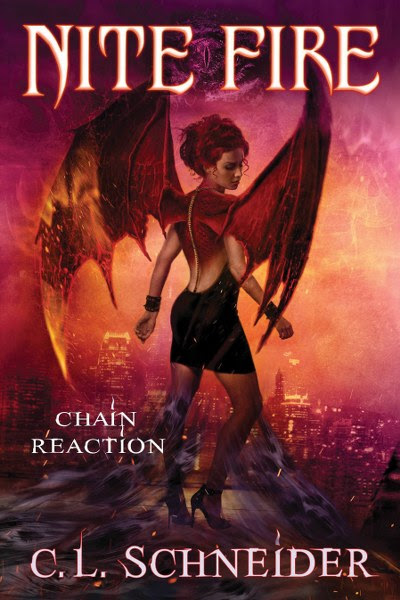 If anyone can tell the difference between monsters and humans, it’s Dahlia Nite. For nearly a century, she’s hunted one to protect the other; safeguarding humanity from the creatures that slip through the torn veil between the worlds—creatures like her. But the lines are blurring. As people begin mutating and combusting on the streets, Dahlia realizes a strange affliction has descended upon Sentinel City. The mysterious ailment strikes all walks of life, from the posh, high-end nightclub district to the homeless community. Its victims, driven to random acts of savagery, are drawing attention too fast to cover up.

Assigned to the case, Dahlia and her human partner, Detective Alex Creed, investigate the deaths. But all they have are questions and bodies, and a public on the verge of panic. Working behind the scenes with her self-appointed sidekick, Casey Evans, Dahlia struggles to discover what, or who, is behind the alarming transformations. As the violence spreads and the mystery unfolds, she wonders: are the victims still human? Were they ever?

Born in a small Kansas town on the Missouri river, C.L. Schneider grew up in a house of avid readers and overflowing bookshelves. Her first full-length novel took shape while she was still in high school, on a typewriter in her parent's living room. While her main focus is adult epic and urban fantasy, she also pens the occasional science fiction or post-apocalyptic story.

Though she has been writing all of her life, Magic-Price (the first installment in The Crown of Stones Trilogy) was Schneider's first published novel. With the trilogy complete, she is excited to be embarking on a new path with her urban fantasy series, Nite Fire.