Book Spotlight & #Giveaway ~ The Demon Within (The Last War, Book One) by Josh Gagnier ~#UrbanFantasy

Paradise or The Abyss, you decide

The Demon Within
The Last War
Book One
Josh Gagnier 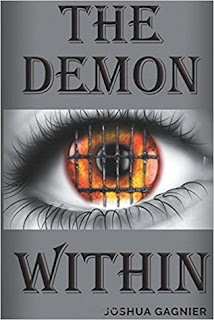 Joe grew up listening to the voice in his head. It helped him through school, helped him gain wealth in his career.

The final temptation of power was too much. He hadn't considered the cost.

Now he must find a way to defeat The Demon Within.

Little does he know, his every move is being recorded. Every misstep is being judged. As he gets ever closer to winning over his demon, heavenly eyes watch from above. Some root for his success while others hope he'll fail.

While Joe fights his demon on the battlefront, the angel Michael fights for his Soul.

Will Joe win out?

Will Michael be able to save Joe's soul?

Or will the Demon win and thrust Joe into the Abyss.

Josh has had a knack for writing from a young age; mostly poetry. The Demon Within is his debut novel and, according to Josh, nearly wrote itself. He is a US Army veteran and has been deployed to the Balkans and Middle East. He has been an IT professional for about a decade.

Many of the events in The Demon Within were taken from Josh's life and "put through the fiction blender" as he puts it. When pressed for more details, he said he couldn't give specifics for fear of "giving spoilers," but, he did say the book includes fictional spins on things ranging from childhood bullying to being placed in the Las Vegas foster care system.

He currently lives in Columbus OH with his family and is working on book two of his 'The Last War' series. 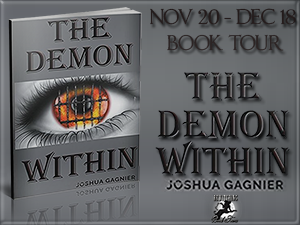 Email ThisBlogThis!Share to TwitterShare to FacebookShare to Pinterest
Labels: Book One, Josh Gagnier, The Demon Within, The Last War, Urban Fantasy