When you learn your life is a lie, who do you trust? 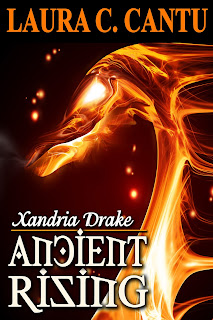 “When an unusual carnival pulls into town, Xandria Drake has no clue this mystical fairground will thrust her into a thrilling world of mystery, deception, and danger. Her predictable existence will soon be transformed into a turbulent reality where magic reigns, and creatures of fantasy are just as tangible as her ballroom dancing trophies. New revelations will send Xandria on a quest in which she is forced to question everything and everyone, including the man of her dreams, Viktor.

When Viktor confesses his interest in Xandria, she couldn’t be happier. Her joy quickly fades, however, when Viktor reveals he is a vampire. Xandria is soon forced to face shadowy and obscure dangers she never knew existed, and on the coattails of the impending darkness rides Viktor’s greatest rival andXandria’s ultimate temptation, Sebastian Vespera.

Will Xandria’s love for Viktor be enough? Or will Sebastian’s seductions ensnare Xandria in a fierce and powerful romance? How will Xandria cope with the forbidden knowledge she gains? Mysterious, magical, and compelling, Xandria Drake: Ancient Rising is witty when you want it to be and serious when it needs to be. This paranormal fantasy novel will capture you from the beginning and won’t let you go until long after the story is finished.”

Meeting a Monster -A True Story

When I was younger, a group of newly acquired friends and I tried to think of something eerie to do on Halloween night. Little did we know, that we would see something truly terrifying that would change our lives forever.
Like many teenagers, we decided that visiting a cemetery was just about the perfect way to give ourselves a good scare. I had just moved to town, and my new friends insisted that there was a glowing tombstone in an old, run down graveyard off a gravel road about thirty miles outside of town. So, we piled in a small, two-door car and drove, excited about the prospects of having some good ghost stories to tell on the way.
The road we were driving on was a narrow, two-lane service road with lots of potholes, hills, and curves. The locals had spread rumors that “devil-worshipers” often held ceremonies along that road, and one of the girls, who was sitting in the back seat, seemed to be enjoying herself as she recounted the spooky stories. She spoke of how the Satanists skinned animals alive, and how there were strange sightings in the area. Her last story was about the glowing gravestone; she claimed it was cursed.
We drove farther and farther from town, well over thirty miles, and I fidgeted in my seat. I was beginning to have second thoughts about going so far out into the night, especially since I hadn’t let my mother know where I was going. Back then, we didn’t have mobile phones. If something unexpected or dreadful happened, there would’ve been no one around to help, and my mother wouldn’t have even known where to look.
I shook my head, trying to shake off my growing apprehension as silence suddenly fell over the car like a soft, suffocating blanket. I cleared my throat to speak up but thought better of it. I didn’t want to be the one who chickened out and insist on turning back.
The car’s headlights pierced the darkness of the night and bugs thumped into the windshield as we continued to drive along. That’s when it happened.
The car came to a screeching halt.
There, in the middle of the road, sat a coyote. The driver of the car, a sixteen-year-old girl with short curly hair named Angie (her name has been changed to protect her identity), honked at the coyote. To our amazement, it didn’t move. Instead, it lazily looked in our direction as if it had nothing better to do than sit in the middle of the road, blocking our way.
She honked again.
The coyote blinked. The lights of the car reflected on its retina, causing its eyes to glow a dull shade of red.
When it did not budge this time, Angie yelled and honked again, but this time she held her hand down so that the horn blared into the night air.
It was then that the coyote stood on its two hind legs and turned toward us, a tall looming monster with sharp teeth and penetrating eyes.
Angie’s hand slid from the steering wheel as we all sat in amazement at this towering beast. It seemed to be looking us over, mulling over what it would do next.  Was he contemplating eating us?
I couldn’t find my voice. All I could do was sit there, slack-jawed and bewildered.
Just when I thought we were going to have to flee for our lives, the creature turned and ran away, its movements akin to that of a running human.
Everyone in the car finally found their voices to scream! Angie whipped a U-turn, and we hightailed it back to town.
Even today, over twenty years later, the vision of that creature is still clearly etched upon my memory. That was the day that I began questioning how magical and mysterious our world truly is.  -Laura C. Cantu 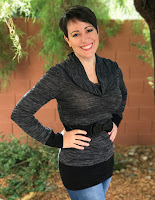 Laura C. Cantu is a multitalented artist, visionary, and humanitarian. Throughout her life, she has felt an overwhelming desire explore the mysteries of the unknown and to expand her awareness and experiences. By allowing her perspective to shift and change, Laura has learned to unleash her imagination and use it to guide her through creative processes. She passionately follows her dreams and has achieved high levels of success in her various careers. As a professional dancer, Laura won six national titles and placed fourth in the Professional Argentine Tango World Championships. She also stretched her creative muscles as a visual artist with drawings that toured across the globe. Adding to her diverse accomplishments, Laura earned her master’s degree in Oriental Medicine in 2012, which has afforded her opportunities to assist many along their journeys to realizing wellness.

Despite her already jeweled career, there is another passion Laura delights in—the art of storytelling. Her first young adult fantasy novel, Xandria Drake: Ancient Rising, earned rave reviews and a Goodreads' book of the month award. Currently working on The Vathylite Realms, Laura is harnessing and focusing her energies to craft engaging stories that are meant to bring joy, inspiration, and awareness to all who read them.

Laura is on a mission to live a life of inspiration, truth, and empowerment. With future books pending release, she continues to dance as a hobby, study energetics and wellness, and explore her imagination. Laura also enjoys drawing and creating 3D art and animations, hiking, meditation, playing guitar, and spending time with her family, friends, and pets.