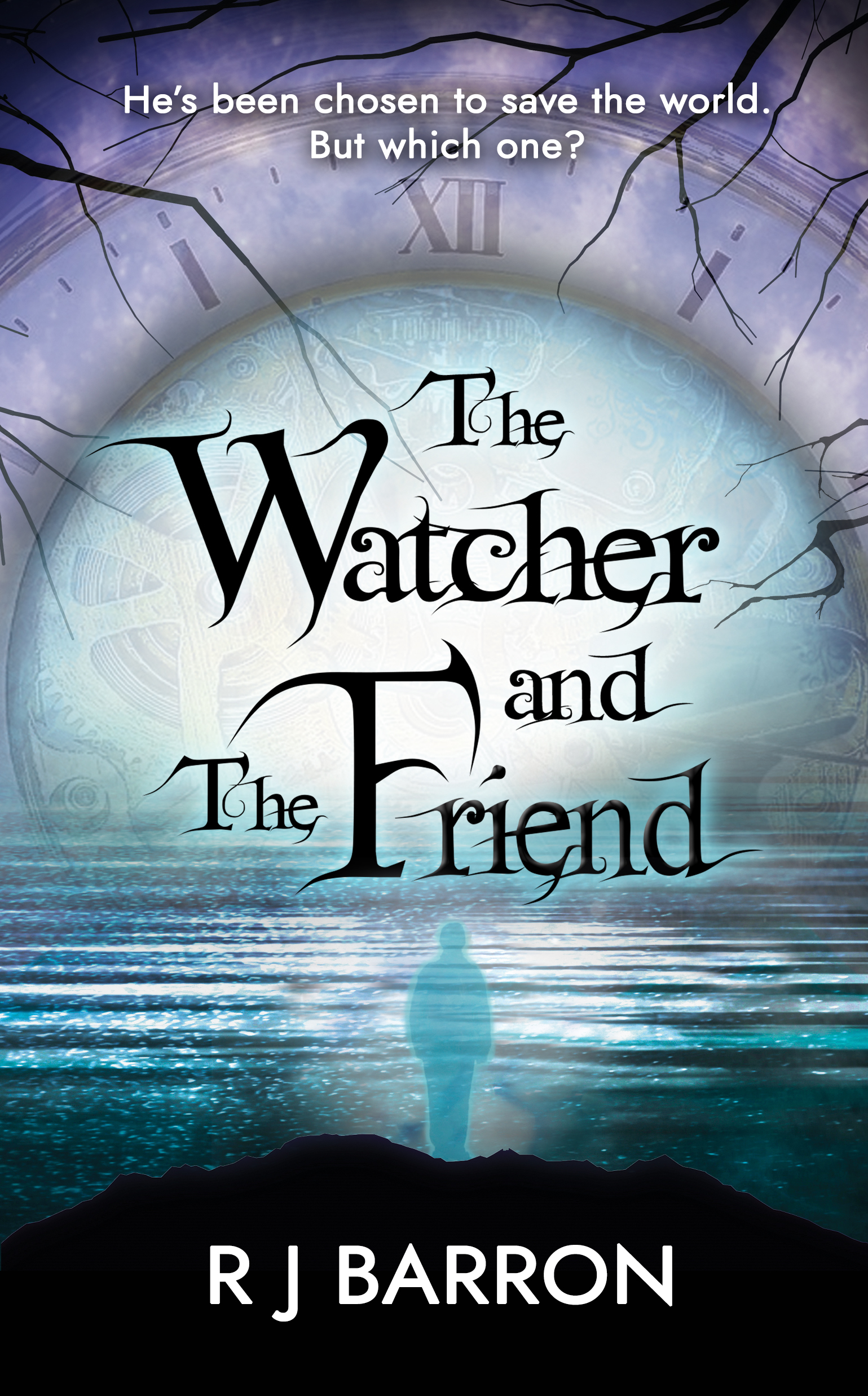 Thomas Trelawney thinks he will never get over the death of his sister Grace. When he is plunged into the parallel world of eighteenth century Yngerlande and tasked with saving their tolerant, diverse world from a brutal takeover, using powers he never knew he possessed, he can start to forget and move on. But who is the secretive, hooded girl who arrives to help him, leaving a trail of stars and mystery in her wake?

Fans of Harry Potter, His Dark Materials and Orphans of the Tide will love this exciting, fast-paced adventure story with its echoes of Narnia and a passage to another, strangely familiar, world.

They crossed over the road opposite Mary’s cottage and plunged into the woodland. Clara led the way, deeper and deeper into the shadows. They crossed the stream and retraced their steps from two days earlier until they reached the road where the Redcoats had first spotted them. On the road they stopped, breath steaming into the air.

Dan asked Clara directly, “Are you sure about this? It sounds a bit, well, you know...”

Clara stared at him. “No, I don’t know actually. A bit what?”

“Far-fetched? What, like going through a Grandfather Clock? Or you walking through walls?”

Tom looked at Clara, her determined expression set firm as always, short dark hair, brown skin and glittering black eyes. Dan and Tom both remembered her with a knife at Tom’s throat and the fight she gave Oliver and Jacob when she was discovered in The Crab.

“Good,” Clara said simply. She pointed to the other side of the road, her finger pointing upwards. The land rose sharply, climbing upwards to the moors. In what was left of the grey December light, they could make out rocky outcrops and snow-covered tussocky grass.

On the other side of the woods, where they had entered twenty minutes earlier, three horse men stopped. Cartwright dismounted and examined some tracks in the snow.

He got back on his horse. “Yes, they came this way alright. Three of them by the looks of it. Come on. There’s nowhere for them to go.”

The three horses slowly picked their way through the snow.

They had been climbing for about half an hour, sometimes on all fours, sometimes where the ground was a little easier, standing up right. Now the sun was very low in the sky and the temperature began to plummet. Up high, they could see down to the coast and could just about make out the lights of Runswick Bay. The wind was a little stronger up here, and it knifed through them, numbing their cheeks and feet and fingers. Strong gusts blew the snow into flurries, like a blizzard.

They came to a natural hollow, scattered with boulders and surrounded on the lower slopes by woodland. On the far side, the land rose to a peak that was topped by a flat stone plateau. Since ancient times this spot had been used to light warning fires at times of great danger, such as invasion or war, and the marks of some of those fires could still be seen, as the gusts of wind stopped the snow from settling on the top.

“This is the place,” she said.

They all stopped behind her and looked around in expectation.

Clara opened up her frock coat. Attached to her belt was a small silver horn, about four inches long, covered in intricate engravings and decoration. She unfastened it and turned to the others.

“What for?” asked Della.

“Do as you’re told. Cover your ears.”

They all put their hands over their ears and Clara put the silver horn to her lips. She blew.

As the note swirled around the frosty air, it felt as if the whole world had stopped turning. The rocks, the trees, the snow flakes, the clouds, the birds, the animals, the plants all stopped to listen intently. The note died away in the air and the gap was filled with the most perfect silence. And then, slowly at first, but with a growing intensity, there came the sound of rustling from the trees that surrounded them, and then a stomping and a snorting. Out from between the surrounding trees came a horse. Tom looked more closely: it was a steedhorn! Its shaggy brown coat standing out against the back drop of the snow and the sky, its horn pointed skywards from the middle of its forehead and it had a long luxuriant mane that bounced as it trotted.

“That is awesome, man. A real steedhorn.”

They stared open-mouthed at the beast as it walked slowly out from the trees towards Clara. And then, from out of the woods, more of them came, all brown or black. They walked calmly towards them, breath steaming, heads tossing, until they were all surrounded by a circle of these magnificent beasts.

Further down the moor, back towards the road, the soldiers on horseback stopped in their tracks when they heard the unearthly sound of the silver horn. Their horses whinnied in a mixture of fright and recognition of an ancient bond.

“What was that Sir? I’ve never ‘eard nowt like that ‘afore.”

The Captain was as afraid as the rest of his men, but unlike them, he could not show it.

“Come on, lads. There’s nowt to be afeared of. Have yer muskets loaded, we’ve nearly got ‘em.”

They carried on up the rocky ascent to the moor top, muskets loaded, and eyes nervously scanning to the left and the right.

Meanwhile the first steedhorn paced slowly up to Clara who reached out her hand and stroked the horse’s head. She bent her head to the nostrils and began to whisper, a hypnotic sounding chant that none of them could understand. The steedhorn took a pace back and then reared up on to its hind legs and snorted and whinnied in exultation. All of the others stood in the circle took up the sound, also rising up on to their hind legs and producing a cacophonous chorus of neighing. It was an extraordinary sound, that down below caused panic and pandemonium amongst the soldiers on horseback. They dismounted and immediately their horses ran away in fright.

Up above, only minutes away, the circle of horses stopped their chorus and stamped and pounded at the ground in front of them. The sudden ceasing of the neighing was replaced by an intense, pure silence and an increase of pressure in the air.

“Ssh,” the others hissed at him.

Up above them from the snow clouds came a rustling sound, as if a gust of wind had picked up piles of fallen leaves. They all looked into to clouds directly above them, straining their eyes against the milky whiteness. As the rustling sound increased, and they peered into the heavens, they began to say, “Is that a…?”

And then there was no doubt. Out of the low-lying, snow-heavy clouds, with a rush of moving wind that blew all around them, sending their hair across their faces and snowflakes into their eyes, came two brilliant white horses with huge, gracefully flapping wings. They landed on the stone plateau above them and stamped their hooves and snorted steaming breath into the darkening sky. As they settled, they neatly folded their wings by their sides.

They all dragged their eyes away from this spectacular sight and looked at Clara.

“Who are you?” asked Della, a mixture of wonder and respect and fear in her voice.

“Come on, climb on, I’ll explain everything later.”

“You keep saying that, but then you never do,” said Della.

“Later, Della, I promise, but now we’ve got to go. Even these beasts cannot work miracles. Dan, you come with me. Thomas, you go with Della. I’ll take the lead.”

The gleaming white horses lowered themselves onto their front legs and patiently allowed the four of them to climb on board.

“Hold tight to their manes. It might be a rocky ride,” advised Clara.

The white beasts stood on all four legs. They all felt as if they were miles off the ground. They hadn’t noticed at first but they were about half as tall again as a shire horse.

Just at that moment Cartwright and his men burst through the edge of the woodland into the clearing. They stopped in amazement when they saw the white horses stretching and extending their wings.

“What the hell are those?” exclaimed the first man behind Cartwright.

“Easy men,” said the Captain, “They’re nothing that won’t be stopped by a musket ball.”

They aimed their muskets at the bodies of the horses who presented a very large target. They would be hard to miss.

Clara whispered into the ear of the flying horse she was on and it reared into the air. With a leap and mighty flap of its wings sending a hurricane of wind across the clearing, it soared into the air, almost invisible against the grey sky. The second horse did the same.

As it rose into the air, Cartwright shouted, “Shoot you rogues, for God’s sake. They’re getting away, damn them. Shoot!”

A volley of shots from the raised muskets rent the air with their gunpowder explosions. Tom instinctively ducked and felt a musket ball whizz past his ear. He looked past Della, her chestnut hair streaming behind her in the wind, down to the ground, and saw the circle of steedhorns charge at the soldiers and trample them underfoot. They soared into the air, their mighty wings beating and sending them up and up through the wispy clouds. He looked over Della’s shoulder and there was the first horse, Clara at the front, making a course South West for York. 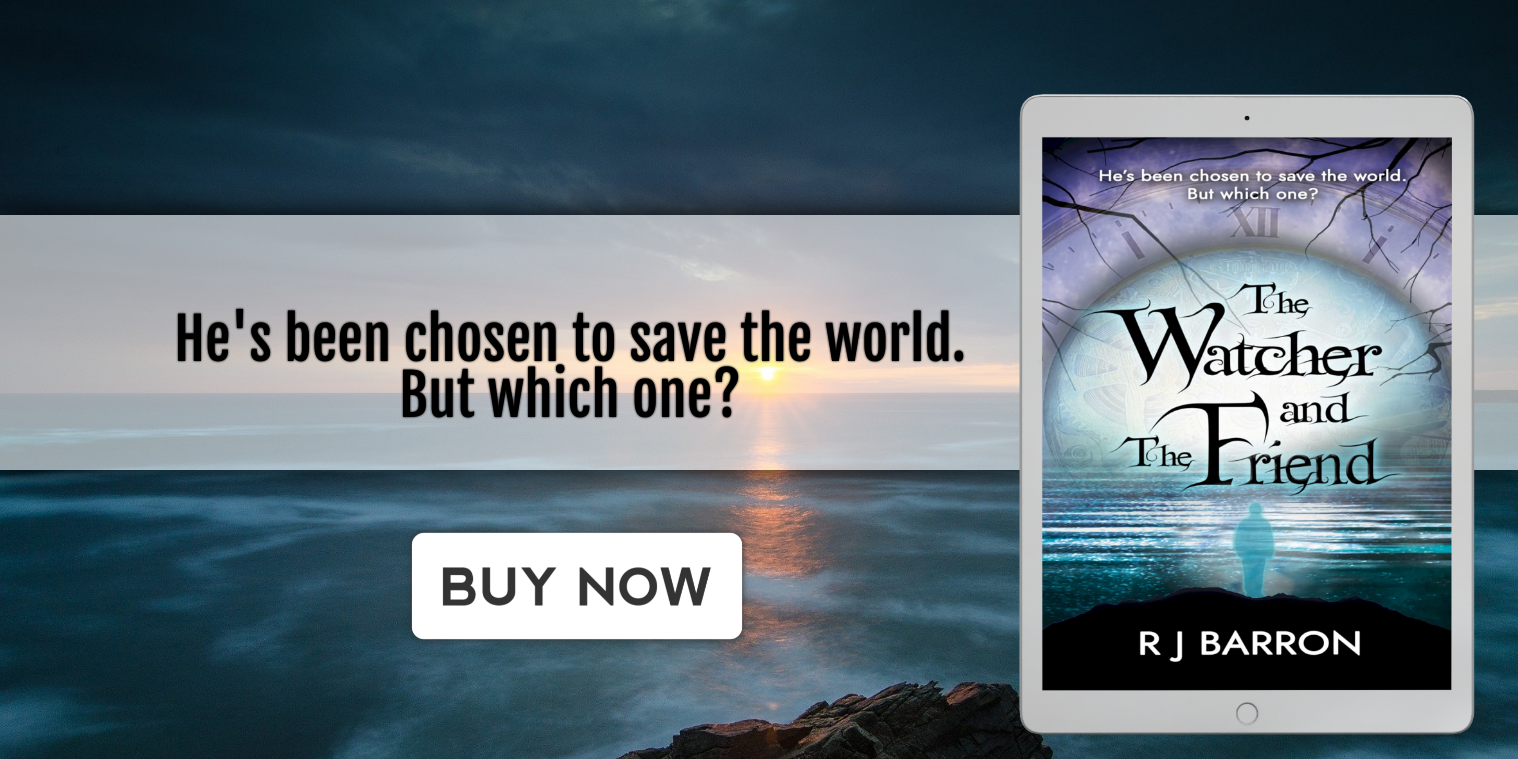 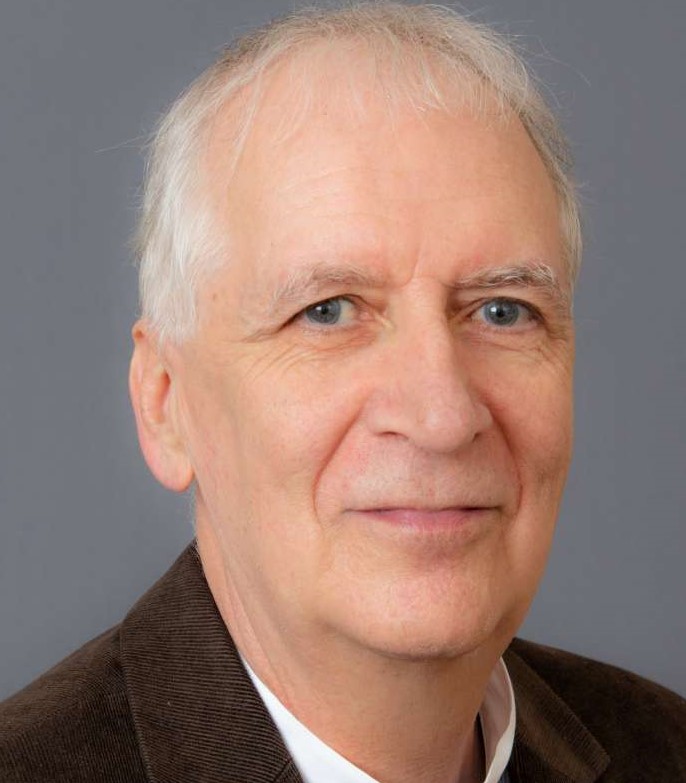 Rob, 64, was an English teacher in London for over thirty years, and now, when he’s not writing, he trains new English teachers. Originally from Teesside, he became familiar with Runswick Bay, the North Yorkshire Moors and the city of York, first as a child, and then as a student. His love of the history and geography of these locations can be seen on every page of “The Watcher and the Friend”, his first book for children.