Haunted soul-shifter, Ella Masters’ destiny is to defeat her nemesis, the Morrigan, and save mankind, but since when does destiny ever play fair? 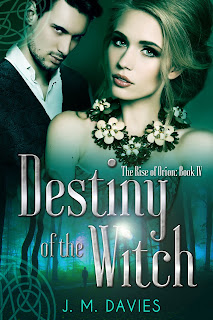 In the thrilling climax of the Rise of Orion series, the stakes are higher than ever before as  Ella Masters risks everything to fulfill her destiny. As the last Welsh witch and soul-shifter, she has battled many enemies, but none as malevolent as the Morrigan. The devious goddess is determined to destroy not only her, but mankind as well.

Betrayed by her lover Marcus Drayton, an agent for the security team Orion, and facing impossible odds Ella must find the strength to fight her deadly adversary—alone.

Marcus is desperate to save Ella. In a daring and calculated move, he surrenders  himself to the Morrigan to prevent his soul mate from clashing swords with the harbinger of death. But has he underestimated what’s at play? When the seductive goddess, manipulates him—her true agenda in this twisted game is revealed.

With the world a battlefield and the very balance of nature under threat, will Ella and Marcus defeat their foes? Will destiny keep them together or tear them apart? 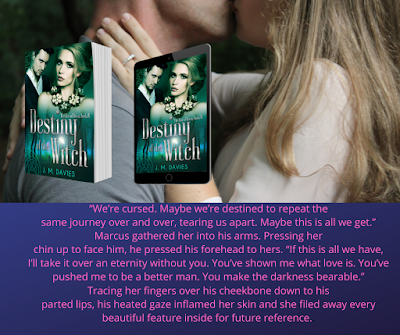 Ella spun around, facing a bloody battle scene. Chaos surrounded her and for a moment, she froze, unsure what to do. Marcus was at the edge of the beach, fighting several monsters, and the cats from the island were jumping on the creatures’ backs and clawing at them, only to be tossed aside. Ghostly skeletal and sinewy figures swarmed the wedding party like ants, wielding swords and brandishing axes and slicing down those in their way. The creatures dragged thick swirls of mist from the ocean, making visibility patchy at best. The moans and yells grew louder.
When a one-armed corpse hollered and lunged at her with his silver blade held high above his mottled head, Ella launched into action. Luckily, with her attacker’s reduced eyesight, his aim sucked, and he missed, giving her time to duck out of the way. The sudden movement ripped the delicate seam of her dress, revealing her stash of weapons strapped to her legs. Grabbing her knife from the holster secured around her thigh, she twisted around, ready to fight back, but hesitated for a second, unsure where to stick her weapon into the boney carcass to cause maximum damage. A silver breastplate covered the creature’s chest.
Cries and roars surrounded her. Ella couldn’t believe the chaos and plunged the knife into the monster’s side, where pink muscle and torn flesh hung loose. The creature wailed but managed to grab her throat and squeezed it tight. His sharp skeletal bones tightened, shutting off her air supply, stealing her breath. Blinking to stay awake, she watched as a blurry figure grabbed the decomposing form. In one fluid motion, he snapped the creature’s neck and ripped the head off, dropping it to the ground. Heaving in a lungful of oxygen, she didn’t have time to respond as Roman, the prince of vampires, whisked her off the ground to stand next to Isabella on the wedding dais. The vampire pulled her in close and hugged her tight.
“I should’ve known…” she said, still catching her breath. “I detected a foul scent earlier. It smelled like a dead body,” Ella said. Being a soul-shifter, one of her talents was to detect other creatures by their scents. She crouched low with her small blade out in front, backed against Roman, Isabella, and several vamps as the fog swirled around them.
“That monster would’ve killed you, Ella. How the hell did they get through the wards?” Isabella asked.
“I would like to know the answer to that,” Roman yelled.
“The wards were set up so no one would get inside…” Isabella shrieked.
“Well, the undead are definitely here and they weren’t on my guest list. These creatures don’t abide by normal rules. They are deadly assassins who’ll keep coming until they have achieved their goal. The only way to kill them is to sever the head. Nothing else will work. But for us to do that, we need to be able to see them. Now would be a good time to use your unique gifts to get rid of this infernal mist!” Roman hollered.
“You think I haven’t already tried?” Isabella replied.
The prince switched his gaze between the women and the battlefield, obviously weighing up the odds. Ella tilted her head, calling out for the spirits to help to disperse the fog that blanketed the ground.
“You need to leave. There’s too many of them,” Roman shouted. He nodded at one of his guards. The vampire grabbed hold of Isabella’s arm, but she struggled in protest.
“I’m not leaving. You can’t ask me to, Roman. This is my fight too. This is our wedding.”
Roman kissed her on the lips and without another word, Isabella vanished, along with the guard. The prince flicked his gaze over at Ella. “Don’t look at me like that. After all, she’s hardly dressed for a fight, and the creatures have weapons that destroy our kind. You shouldn’t be here either, not in your condition, but I suspect you would protest as much as Isabella. Fortunately for you, I have no authority where you’re concerned. But tread carefully, my feroce guerriero.” 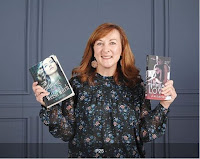 J. M.Davies, Jen is the author of The Rise of Orion paranormal romance series as well as several contemporary and YA fantasy novels under the name, Jennifer Owen Davies. Jen’s novels are available worldwide in Ebook and print format.  In 2014, she was signed with Secret Cravings to write the Children of Annwn fantasy series and in 2018 signed with Limitless Publishing to write the Bound by Love series. Jen is also an indie author producing and publishing work of her own.

Jen loves to create realistic and flawed characters who deserve a happy ever hopefully providing a satisfying read.

J. M. Davies, Jen, is originally from Wales in the UK, but now lives with her family in a small town in New England close to the city of Boston, the coast, and the mountains. Both countries are huge sources of inspiration for her writing. Since she could read, Jen has enjoyed an eclectic taste in books, but loves all thing's romance, and from her love of the written word stemmed the desire to create her own satisfying stories. Although, a shortie at only five feet tall, she has a big heart and hopes that is evident in her storytelling.

Jen has been married for twenty-three years to her greatest supporter. She is mom to four boys, an adorable rescue hound called Ella, and a feline called Kitkat. When she isn’t writing paranormal or contemporary romance, Jen manages a local romance only book club called ‘Babes with Books’. She loves discovering old treasures at yard sales and revamping them, watching Grey’s Anatomy, walking on the beach, cooking, biking and when there’s time the gym. She loves to chat to readers and below are some ways to stay in touch with the latest news about her books and competitions. If you haven’t read any of Jen’s book sign-up for her newsletter, and you’ll receive a free book! 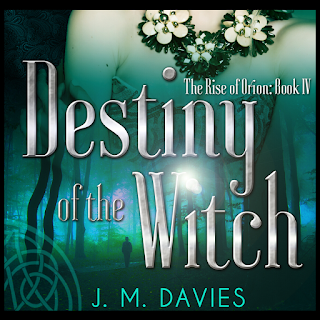