To save the modern world, psychic Vivien Kelly channels an ancient Celtic life of treachery and murder—at the peril of her own soul. 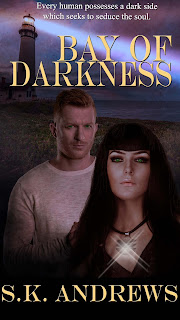 Bay of Darkness
The Kelly Society
Book One
S.K. Andrews

After witnessing her fiancé’s murder and almost dying herself, Vivien Kelly’s mission is to destroy Dagda—a Celtic God turned demon.  When Vivien discovers she worshiped Dagda in an ancient life as Boudicca, the Celtic warrior queen, she’s compelled to the quaint Northern California town of Half Moon Bay.

There Vivien finds Dagda’s creatures tormenting the locals—from a Fear Dorcha, to the Headless Horseman.  The Kelly Society is then born—her own paranormal cleansing team and the race is on when people around her begin to die.

While banishing a Banshee, Vivien meets Neal Harrington—a soul partner who can promise true happiness.  But when Dagda’s black vapor creates a New World of darkness, her time is up.  Can Vivien abandon everyone she loves and succumb to Boudicca’s barbaric force to defeat the demon?  Her actions not only determine her future—but the future of the modern world.

Announcing her presence, Vivien slapped open palms against the bedroom door. Shrieking stopped, as the Banshee tried to stab into her intuitive power—not even making a dent.
Julie I’m here to help. Don’t be afraid. After sending her telepathic message, she felt a definite shift. The young girl now had hope.
Sensing another female entity in the bedroom, Vivien tuned in sharper. A spirit connected to the house stood in front of Julie, also protecting her.
“That horrible noise stopped.” Neal eyed the door urgently. “Is that good or bad? I mean, is Julie safe?”
“Yes, she’s safe. I put a protective light around her.”
Heaving a sigh of exhaustion, he rubbed his temple. “Oh, right—the light thing. This is all so weird.” Neal’s head popped up. “No offense.”
“None taken.” She grinned like a debutant about to dance with the coolest boy in school.
“What now?”
Vivien desperately prayed for someone to slap her in the face. Where was Donna when she needed her? Clasping her hands tightly, she pressed on. “I go in and—” Her mouth stopped moving. A dustbowl of black energy swirled through the house coming from Neal, as well as Julie’s friends. “Please bring the other girls to me. Tell them we need to help Julie.”
“What?” His horrified face reflected his confusion.
“Do you trust me?” Relaxed eyes connected with his.
Neal’s voice came out in a whisper. “I do trust you. I don’t even know why.”
The universe ceased movement while they gazed at each other again. Finally, Vivien cleared her throat and Neal turned on his heel. “I’ll get the girls.”
After he rounded the corner, Vivien’s head dropped into her hands. He distracted her to the point of possible error, and that she couldn’t afford. Why did she have to meet him on a case? A damn weird one at that. Bringing her head up, Vivien found three nervous girls peeking out from behind Neal’s legs.
Neal looked down upon them with an encouraging smile. “It’s okay. Vivien is here to help.”
They gawked at her like fawns caught in the headlights of a tanker truck. A red-haired, freckled girl held Neal’s hand, a brown-eyed girl grasped his thigh like a rope tow on a ski slope, and a sandy-haired, blue-eyed girl sporting a pink kitty shirt clung to his second hand. All three held guilty faces.
Then it hit Vivien like a shot to the chest— they believed they’d abandoned Julie to a horrible fate. Neal got them out, but before Julie could escape, the creature sealed the door with an oozing black substance. “I want to tell you all something—and you too.” Neal looked at her with surprise. “Yes?”
“I feel and can see the terror you’re all in right now. Everything in this world has energy, and you’re sending out powerful fear. That’s what the creature wants. So, when you’re scared, you’re actually feeding the banshee and making her more powerful.”
Her helpful speech made the girls burst into tears. Stretching out her arms, she kneeled in front of them. “Wait! I know how we can fix this.”
“We didn’t mean to! We really didn’t!” The girls proclaimed between sobs.
“Now, listen to me.” Beautiful young eyes gazed back at her expectantly. “Go back to Neal’s bedroom and sit in a circle. Hold hands and think of the best, most fun memory you have with Julie. I see you all at the beach making sand- castles. Use that one, or another, but focus on the joy of that day. It’s like a daydream. Keep that vision going until I’m done.”
Neal came forward. “I’ll do it with them. Let’s go.”
Amazed at his instant acceptance of her task, she stood.
Suddenly the girls sprang to life, all smiles and nods. They pulled Neal down the hallway, chattering about which memory they would choose. Neal walked with them, but gave her a last, concerned glance before turning the corner. He wanted to protect her but didn’t know how.
Glowing from the inside out, Vivien realized it had been a long time since a man worried about her well-being. 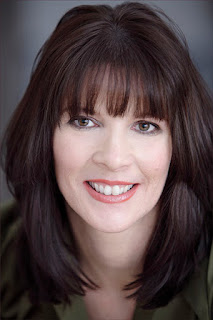 When Starra Andrews wasn't swimming the Pacific Ocean in her hometown of Laguna Beach, California, she busied herself by writing fantasy stories and acting on stage.

Having grown up watching Rod Serling’s Twilight Zone and Night Gallery shows on TV, Starra quickly fell in love with paranormal tales with a message of wisdom and love.  Also, being a fan of romance novels and non-fiction ghost stories, she decided to marry the two and write paranormal novels of suspense, adventure, and intrigue with a strong romantic foundation.

The sense of adventure inside her came from summers of camping with her family in Mexico (Baja California) and walking along beaches with no other footprints but hers, as her family members unpacked the camper and got ready to collect clams right off the shoreline for dinner.  Starra attained a B.A. degree in Theatre from University of California, Irvine, and a Professional Acting Certificate from LACC Acting Academy.  Starra is also a member of the International Thriller Writers, which hosts the Thrillerfest writers conference every year in NYC.

The beautiful Hudson Valley in upstate New York is where Starra now calls home.  She loves being a quick train ride from New York City, but also enjoys country life.  Her two tabby cats Audrey Hepburn and Vivien Leigh are her constant writing companions, and love to curl up on the table next to her laptop.

Her heroine, psychic/paranormal cleanser Vivien Kelly and her team are in a race to rid the modern world of deadly Celtic creatures in her book trilogy, The Kelly Society.  Bay of Darkness is the first book of the series. 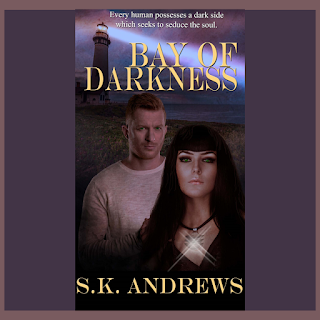