Murder, like history, often repeats itself. And, when it does, it’s the worst kind of murder.
Detective Richard Jax was never good at history—but, after years as a cop, he is about to get the lesson of his life. Ambushed and dying on a stakeout, he’s saved by Captain Patrick “Trick” McCall—the ghost of a World War II OSS agent. Trick has been waiting since 1944 for a chance to solve his own murder. Soon Jax is a suspect in a string of murders—murders linked to smuggling refugees out of the Middle East—a plot similar to the World War II OSS operation that brought scientists out of war-torn Europe. With the aid of a beautiful and intelligent historian, Dr. Alex Vouros, Jax and Trick unravel a seventy-year-old plot that began with Trick’s murder in 1944. Could the World War II mastermind, code named Harriet, be alive and up to old games? Is history repeating itself?

Together, Jax and Trick hunt for the link between their pasts—confronted by some of Washington’s elite and one provocative, alluring French Underground agent, Abrielle Chanoux. Somewhere in Trick’s memories is a traitor. That traitor killed him. That traitor is killing again. Who framed Jax and who wants Trick’s secret to remain secret? The answer may be, who doesn’t? 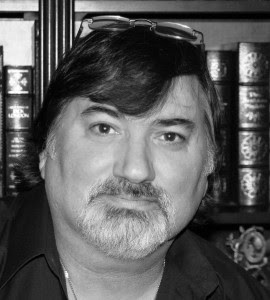 Tj O’CONNOR IS THE GOLD MEDAL WINNER OF THE 2015 INDEPENDENT PUBLISHERS BOOK AWARDS (IPPY) FOR MYSTERIES. He is the author of New Sins for Old Scores, from Black Opal Books, and Dying to Know, Dying for the Past, and Dying to Tell. His new thriller, The Consultant, will be out in May 2018 from Oceanview Publishing. Tj is an international security consultant specializing in anti-terrorism, investigations, and threat analysis—life experiences that drive his novels. With his former life as a government agent and years as a consultant, he has lived and worked around the world in places like Greece, Turkey, Italy, Germany, the United Kingdom, and throughout the Americas—among others. He was raised in New York's Hudson Valley and lives with his wife and Lab companions in Virginia where they raised five children. Dying to Know is also the 2015Bronze Medal winner of the Reader’s Favorite Book Review Awards, a finalist for the Silver Falchion Best Books of 2014, and a finalist for the Foreword Review’s 2014 INDIEFAB Book of the Year Award.

Learn about Tj’s world at:

July 11 – Escape With Dollycas Into A Good Book – INTERVIEW

July 18 – Cozy Up With Kathy – INTERVIEW

Have you signed up to be a Tour Host? Click Here Find Details and Sign Up Today!
at 4:00 AM