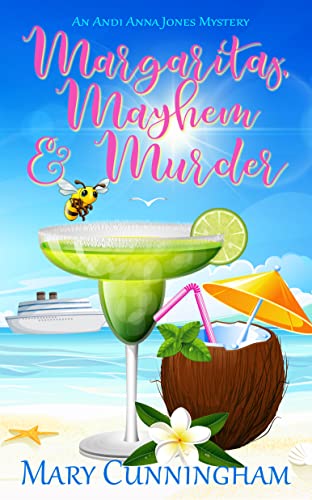 Andi Anna Jones, so-so travel agent and amateur sleuth, puts aside her resentment of her father's widow and books a sixtieth birthday cruise to Cancun for Ruby and three friends. Never does Andi imagine the cruise will include the murder of a has-been lounge singer—or that Ruby might be the main suspect.

Flirting with more than danger after arriving in Mexico, Andi connects with charming local sheriff, Manual Gonzales. An embarrassing night involving the sheriff, too many margaritas, and a Mariachi band, can't quell her determination to clear the name of her ex-stepmother.

While gathering clues and interviewing witnesses, however, she suspects dear old step-mom isn't the only one in jeopardy. 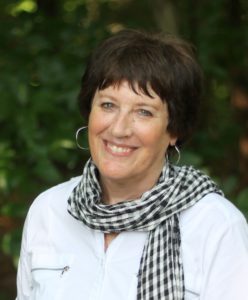 Author, Mary Cunningham, grew up on the northern side of the Ohio River in Corydon, Indiana. Her first memories are of her dad's original bedtime stories that no doubt inspired her imagination and love of a well-spun "yarn."

Through the author's horrifying stint as a travel agent, Andi Anna Jones sprang to life. The adult/mystery series gives extra meaning to the phrase, "Write what you know." Cunningham has several books published, including Cynthia's Attic, a five-book middle-grade fantasy, women’s lifestyle/humor book, WOOF: Women Only Over Fifty, Ebooks, Christmas With Daisy and Ghost Light. A biography of an army brat, turned UConn and WNBA basketball player, will be published in the spring of 2022.

When she gives her fingers a break from the keyboard, Mary enjoys golf, swimming, and exploring the mountains of West Georgia where she makes her home with her husband and adopted, four-legged, furry daughter, Lucy.