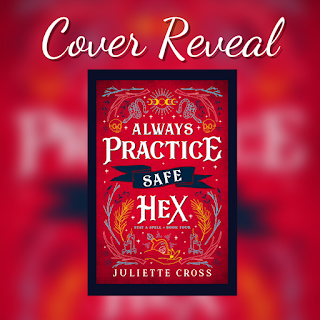 Hey All! you know what they say-- ALWAYS PRACTICE SAFE HEX, you never know what will happen when you don't! 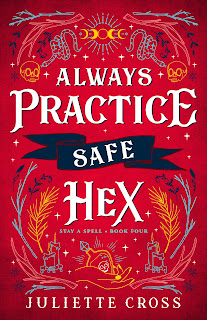 Livvy Savoie is a people person. Not only does she have the magical gift of persuasion, but her natural charisma charms everyone she meets. She hasn’t met a person she didn’t like. Until her annoyingly brilliant competitor walks through the door. No matter how hard she denies it, loathing isn’t the only emotion she feels for him.
Grim reaper Gareth Blackwater is rarely, if ever, moved beyond his broody, stoic state. But the witch he’s partnered with in the public relations contest is destroying his peace of mind. He’s convinced that the flesh-melting attraction he feels for her is merely her witchy magic at work.
But forced proximity proves there is more than magic sparking between them. Livvy learns this enigmatic grim’s abilities are beyond any supernatural she has ever known. And when Livvy becomes the obsessive target of a dangerous wizard, Gareth proves just how powerful he truly is. Because no one is going to hurt his Lavinia.