It’s never what it seems.

A murder of a high-profile law partner on a Manhattan street should have made the front page of the news. And yet it didn’t. Drew Bradley’s murder was treated as just another senseless crime and relegated to page four of the evening edition. But what if the press had been privy to the fact that the murder was actually an assassination?

As the partners at Lannister and Stewart scramble to fill the vacuum left by Drew Bradley’s sudden death, Asia Blythe, a rising star in the firm is offered his coveted position. But this golden opportunity that brings with it power, prestige, and unlimited financial rewards demands adherence to a code. A code of allegiance to the firm with no exceptions. Catapulted into the world of genetically modified designer babies and state-sponsored espionage, is Asia prepared to deal with the intrigues of a world that will threaten her life and shatter her illusions? 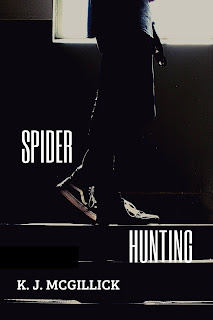 Read an Excerpt:
The elite law firm of Lannister and Stewart, the place I called home for the last six years, commandeered the twenty-sixth, twenty-seventh, and twenty-eighth floors of the forty-story building on East Fifty-first Street in Manhattan. The new associate attorneys who started their career with L&S were relegated to the twenty-sixth floor, nicknamed Hell, for its slavish work conditions. The twenty-seventh floor where my office was located was aptly called the Hive. The Hive was the working nerve center of the firm, always abuzz with activity. The floor above me, the twenty-eighth, housed the partners’ offices and was the firm’s showcase floor.

I stepped off the elevator onto the twenty-eighth floor and walked through the main reception area. Normally, once you passed the decorative glass double doors, a slight hum filled the area as people stopped to chat and exchange pleasantries. Today, it was a ghost town, and the hall filled with an eerie silence as people returned to their offices.

A single voice shouting some type of threat soon disrupted the silence. Was that a slamming drawer? Who did the raised voice belong to? My eyes swept the area to see what caused the disruption. Ah, there was Marsha Lobel from human resources, hovering over a furious Layla Prescott, who was throwing the contents of her desk into one banker box. Fired. Lannister and Stewart held their employees to a high standard of behavior and Layla had indeed stepped over the line more than once. This dismissal, although harsh, was not a surprise.

From a strictly legal standpoint, I was not sure that terminating her employment right now was a smart move. After all, she had a long-standing affair with Drew, everyone knew it, and no one did anything about it. And now? Well, a public firing and humiliating her might open the firm up to a sexual harassment claim and wrongful termination action. And one cannot overlook that as his assistant and lover, she likely knew all his secrets and some other partners' secrets as well. She had leverage.

I cast my eyes down to the floor as I strode past Layla and Marsha and focused my mind on why Ian wanted to see me. My hand poised to knock on Ian's door stopped when I heard a heavy thud. Marsha screamed, “Quick, someone call an ambulance!” I turned to see Marsha standing over Layla, momentarily paralyzed in her place. Then I heard, before I saw, several chairs roll back, followed by a stampede of feet moving toward them.

K. J. McGillick was born in New York and once she started to walk she never stopped running. But that's what New Yorker's do. Right? A Registered Nurse, a lawyer now author.

As she evolved so did her career choices. After completing her graduate degree in nursing, she spent many years in the university setting sharing the dreams of the enthusiastic nursing students she taught. After twenty rewarding years in the medical field she attended law school and has spent the last twenty-four years as an attorney helping people navigate the turbulent waters of the legal system. Not an easy feat. And now? Now she is sharing the characters she loves with readers hoping they are intrigued by her twisting and turning plots and entertained by her writing