Bogged Down: A Vashon Island Mystery by Charlotte Stuart 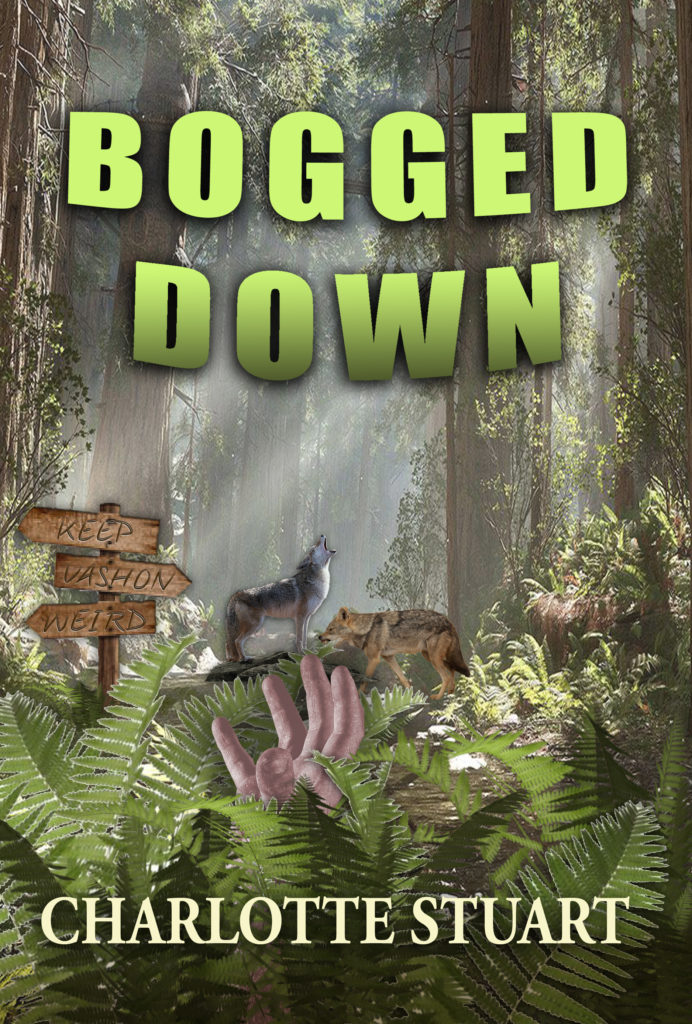 Bogged Down: A Vashon Island Mystery

BOGGED DOWN is a mystery set on Vashon Island, a place that has been described as Mayberry-meets-Burning Man. Its motto: Keep Vashon Weird.

Lavender (Lew) Lewis moved there because it is only a twenty-minute ferry ride from Seattle, yet light years away in tempo and character. She grew up on a commune in Alaska, joined the army at 17, does woods parkour for exercise and HR investigations to earn a living. Life in her waterfront cabin with her two food-obsessed cats is predictable and relatively stress free. Until she leads a tour group into an ancient bog on the island and discovers a body.

In a world filled with uncertainty and too little chocolate, Charlotte Stuart has a passion for writing lighthearted mysteries with a pinch of adventure and a dollop of humor. She began her career in academia, spent nine years commercial salmon fishing in Alaska, was a partner in a consulting group, and a VP for a credit union. Currently, she is the VP for Puget Sound Sisters in Crime and lives and writes on Vashon Island in Washington State’s Puget Sound. She spends time each day entertained by herons, seals, eagles, and other wildlife.

a Rafflecopter giveaway
at 11:09 AM