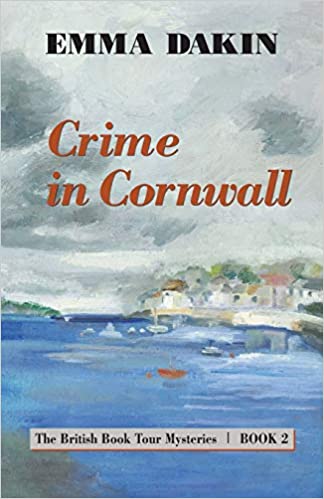 About Crime in Cornwall:

Patrick and Rita Stonning, Claire’s neighbors in Ashton-on-Tinch, dash down from London on weekends to host loud parties. They work in a publishing house and use their Ashton semi-detached home as a break from big city stress. Patrick arrives at Claire’s door distraught, reporting one of his partygoers, Olive Nott a best-selling author, dead. Claire discovers that not only is he dead, he’s been murdered. Patrick is suspected of the murder and has enough motive to satisfy the police. Nott wrote mysteries set in Cornwall and had planned to take his lucrative contracts to a competing company. His latest book dealt with smuggling in the caves of Cornwall. The police, including DI Mark Evans from the newly formed Major investigations Team wonder if he learned too much from his research. Claire takes her six tourists, most from America, to the Cornwall coast in search of sites of mystery novels and hears the opinions of the Cornish people on smuggling. She asks Patrick to meet her in Penzance to give a guest lecture on the smuggling in Oliver Nott’s novels. Claire finds Patrick self-aggrandizing and arrogant but doesn’t agree he would murder and sets out to find the one responsible.

Claire Barclay is enthusiastic about her British Mystery Book Tour business. She enjoys taking her guests, usually from America, to the settings of mystery novels where bodies are long dead. Her neighbor's plea for help to deal with a recently murdered well-known author unsettles her. She leaves the body to the police and takes her guests to Cornwall, including a British tourist who far is too interested in the dead author. 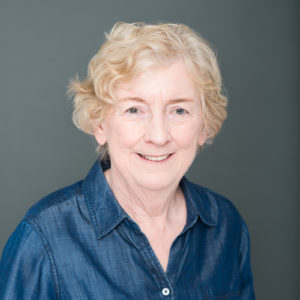 Emma Dakin lives in Gibsons on the Sunshine Coast of British Columbia. She has over twenty-five trade published books of mystery and adventure for teens and middle-grade children and non-fiction for teens and adults. Her love of the British countryside and villages and her addiction to cozy mysteries now keep her writing about characters who live and work in those villages. She introduces readers to the problems that disturb that idyllic setting.