Book 2 in the Physics, Lust and Greed Series

When time travelers fail test after test to significantly alter the past, most financial backers abandon the Global Research Consortium leaving veteran traveler Marta Hamilton to administer a vastly scaled-down project. She must protect the past from a greedy future, fend off political meddling, and foil a murder plot originating in a parallel universe. She presides over a conspiracy to hide the truth of her best friend’s death while coping with a confusing and discomforting romantic entanglement involving fellow traveler Marshall Grissom.

Marta, who has by professional necessity always distanced herself from emotional commitment, lapsed by allowing herself the luxury of friendship with Sheila Schuler and a night of wild sex with Marshall. Now, Sheila is probably dead, and—according to a genius physicists’ theory—Marshall soon will be. As she assumes her role as administrator of the time travel program, Marta must choose between the risks of loving someone, or the lonely safety of emotional solitude.

(No cats were harmed in the telling of this story.) 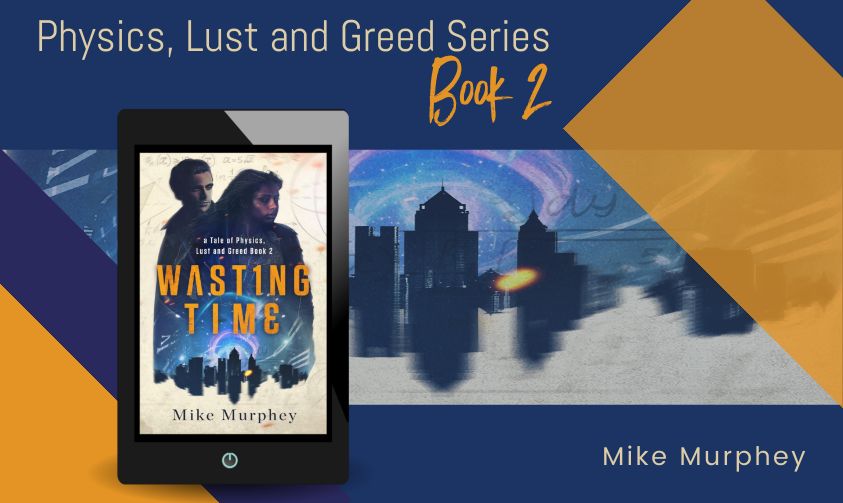 Mike Murphey is a native of New Mexico and spent almost thirty years as an award-winning newspaper journalist in the Southwest and Pacific Northwest. Following his retirement, he enjoyed a seventeen-year partnership with the late Dave Henderson, all-star Major League outfielder. Their company produced the Oakland A’s and Seattle Mariners adult baseball Fantasy Camps. Wasting Time is his fourth novel. Mike loves fiction, cats, baseball and sailing. He splits his time between Spokane, Washington, and Phoenix, Arizona.