Deep in the rain forests of Guatemala, an ancient Mayan temple holds a mythical secret. The legendary Fountain of Youth lies within, but not all myths are fairy tales. The temple ruins have been seized by the Core, a sinister cult determined to unlock the mysteries of immortality.

When their captured friends are spotted near the temple, Bobby and his cousin Jinx must journey into the dark heart of the jungle to save them. Harnessing their extraordinary abilities, the boys will undertake an epic quest to fulfill a centuries-old prophecy.

Past and present will collide, with the power of eternity on the line. Can Bobby fulfill the prophecy and lay the temple’s spirits to rest? 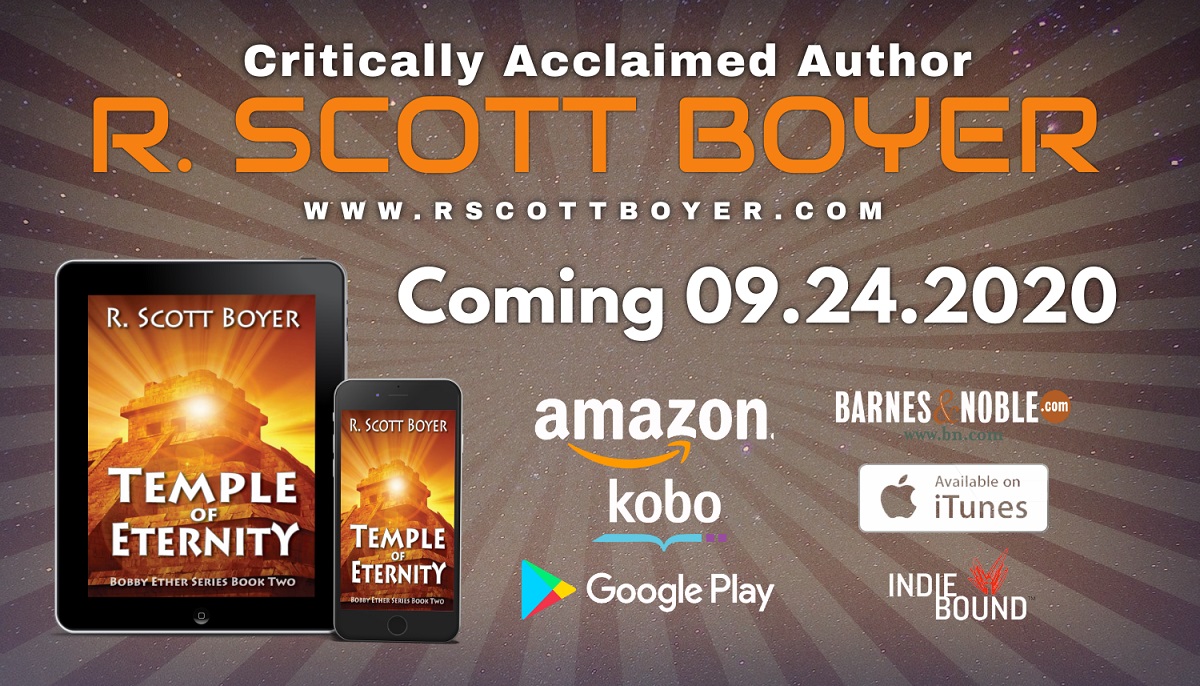 Other Books in the Bobby Ether Series:

Bobby Ether and the Jade Academy

When sixteen-year-old Bobby Ether is abducted and brought to the secluded Jade Academy in Tibet, monks teach him and other special students how to tap into their Anima—the universal energy that connects all living things. But the headmistress of the academy is secretly exploiting the students, looking for genetic triggers to create a new breed of humans with metaphysical abilities. As his powers increase, Bobby is thrust into a cesspool of conspiracy, lies, and betrayal. A jade amulet left by his clairvoyant grandfather may provide answers, but what exactly is his family’s connection to this mysterious place?

Can Bobby master his talents in time to uncover the truth? If not, his fate—and the fate of the entire Jade Academy—may be sealed.

Praise for Bobby Ether and the Jade Academy:

“Bobby Ether and the Jade Academy is a thrilling action-packed adventure you never want to end.” —IndieReader 4.5 stars

Scott Boyer grew up in Santa Monica, CA and graduated from the Haas School of Business at UC Berkeley in 1996. In 2008, he became fascinated with the idea of blending young adult fantasy with new-age/spiritual fiction and spent the next six years crafting his first novel, Bobby Ether and the Academy, which won critical acclaim for blending Eastern spiritual philosophies with a fun, fast-paced adventure style.