“Zombies are here, and were out of beer!” 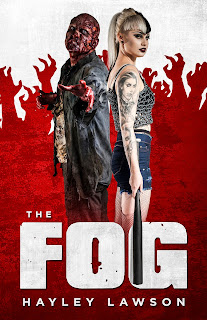 The broadcast ended abruptly with a crackle.

Alex slammed on the brakes so hard that Benjamin’s face was nearly smashed into the passenger seat. “Sorry, bro,” Alex said. “The person in front of me should’ve run the red light.”

Glumly, Benjamin returned his attention to the window. Outside, New York City was bustling as per usual, but a thick, white fog had rolled in and now lingered over the city streets like a tattered piece of gossamer. Benjamin frowned. “Is there a cold front moving in?” he asked.

“I don’t know,” Alex replied. “What do I look like—a meteorologist?”

Crackling filled the car as Alex turned on the radio and toyed with the knob, trying to pick up a station. With a sharp burst of sound, Britney Spears’s “Toxic” wafted into the car. Benjamin massaged his temples. “Seriously?” he asked.

Alex hit the gas pedal with too much force, propelling them abruptly back into the traffic. “Don’t diss Britney,” Alex replied. “She is a gift to mankind, and I’ll have you know that I love her more than life itself.”

Alex’s voice sounded completely serious, too, as if he really would take a bullet for Britney Spears. And sure, Benjamin could have complained, but instead, he remained silent and slumped against the seat. At least, someone was happy. At least, someone’s life wasn’t falling apart into a million pieces around them.

“Toxic” finally ended and was replaced with a cacophony of commercials. Outside the car, everything was white with fog. The traffic lights were blurred and barely visible. They looked like distant stars.

Straightening, Benjamin glanced at Alex, who seemed to have slowed his driving.

“Do you want to pull over?” Benjamin asked, furrowing his brow. “This is bad.”

“I know, right? It’s like something from an M. Night Shyamalan movie,” Alex replied, laughing anxiously.

“Where did it even come from, though?” Benjamin asked. “It was nice when I left my apartment.”

“Maybe it followed you,” Alex joked. “Any moment now, you’re going to gain your god-like powers as Benjamin, Lord of the Fog!”

“Wouldn’t that just tie up my week?” Benjamin asked. “I get godlike powers, and they aren’t even anything useful.”

Hayley Lawson is an English author who currently resides in New York. When she's not writing, she spends her time watching movies and hanging out with her family. 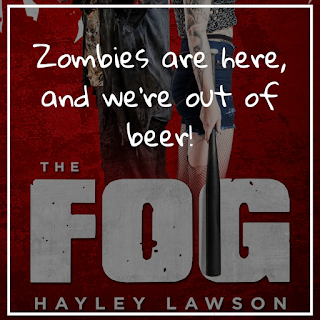