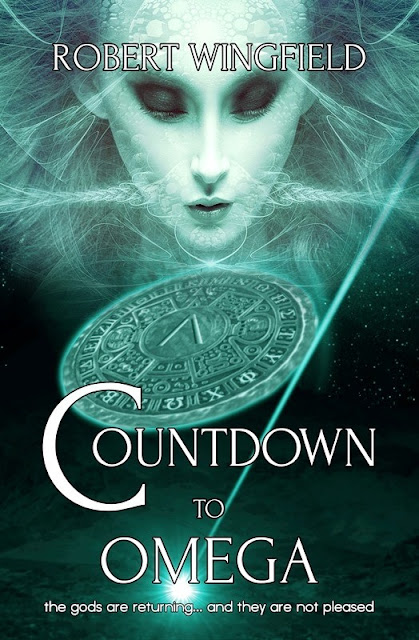 Ancient Aliens meet Greek gods in an epic confrontation that spells the end of the world.

“The strangers came, and they were not like us. Something else, but wearing the skins of men, the eyes of men, their hands...” Ishur Ninku, Sumer, 4000 BCE

On a paradise planet, on the far side of the sun, Anthea, cast out of an isolated colony of refugees, shelters from a firestorm of meteorites. The Gods are returning, the vanguard of a race who were abandoned by her own elders millennia ago. Their arrival triggers a countdown on an alien artefact, given to her as a child, and a chain of events that can only lead to deadly conflict.

Anthea’s amulet holds the key to salvation, or her own death, but will the elders and the Gods listen to reason before the planet is devastated?

Flaming black orbs hammered into the water. To the people watching from the temple compound, it was another of the frequent meteor showers, occurring since the ceremony the Eremite priests had performed on the sacred hilltop. To Anthea, it was not normal. She knew the truth… from a memory she could not quite place. The olive-green of her eyes reflected the impacts as she stared at the display. Her nickname, the ‘Owl-Eyed’, was well chosen. She was not like the others, and the eremites had cast her out of the temple complex because of it. Strangely, she was grateful. It gave her freedom, and time to study the ancient texts, without having to conform to the formalities of daily life in the Egumenio. She found hidden books, at odds with the current teachings, and read forbidden words. These storms were foretold, in the writing of long-dead scribes, to herald the arrival of the Gods; the Gods, who had given them the original doctrines. Anthea vowed to be the first to meet them as she considered the implications of the temple’s deviation from the true word.

The plumes of steam rising from the impacts affected the amulet on a cord around her neck; it was resonating with them. It had been doing that for a while now, but never so strongly. Ever since the ritual caused the storms to begin.

When the first barrage of rocks exploded into the sea, Anthea’s amulet activated. From then on, the necklace was draining energy from her, feeding off her life force. She tried to take it off, but the pain became unbearable, and her whole body went into spasm. She realized that she and the device were symbiotically connected; there was no way to be rid of it, without causing terrible pain.

Anthea left the shelter of her sanctuary cave, the amulet clutched to her breast. She was surprised to find a new lightness enter her body. The pain released in her chest. Was the amulet encouraging her to witness the tumult out at sea?

By the light of the descending orbs, she squinted at the odd lettering around the edge of the device: twenty characters, totally unlike the wedge-shaped script of the temple scribes, with their quills of reed. The first symbol was glowing. The object had been with her for as long as she could remember, and it had never given any indication of being anything other than a trinket. Her chaperone said it was in her possessions when she first arrived on the new world, An-ki, at the age of six. The transport ship from Cybele, on the opposite side of the sun, had ferried her, and a small batch of similarly aged children, from the old planet.

Sometimes, if Anthea tried hard enough, she could recollect parts of that voyage, but mostly, it was the combined memories of her young companions that formed her impressions of the past. Her caretaker from the ship had also filled some gaps, at least while the poor woman had been with her. She hadn’t lasted, but then again, neither did any of Anthea’s subsequent chaperons.

(Countdown to Omega is available as an e-book, paperback, and on Kindle Unlimited) 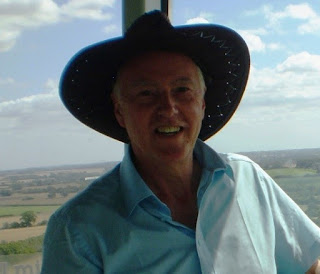 Robert Wingfield was born at an early age, worked in computer systems and security at a large bank, and got out as soon as possible to follow his passion for the written word.

He is actively helping a number of authors and small publishers with editing and formatting works in paper and e-book format.

He runs the Inca Project, a small group of authors who are struggling to get their works recognised, to get the maximum impact through presentation.

His other interests include digital forensics, nature and building conservation, photography, and resisting emotional blackmail from his Labrador.

Guest appearance to groups of potential authors along with authors Rob Gregson and Andy Chapman.

Robert Wingfield, Leader of the Inca Project, talking about the process of self-publishing, and the many options available. There will be examples of the books and the print quality to expect, as well as tips and links.

Rob Gregson, published author of Shelf Life, The Book of Better Endings, talking about the long road to acceptance and the creative process. A short reading from the book.

Andy Chapman to talk about his own experiences and his publishing processes as well as audio book production.

Q&A and book signing after the presentation.
at 7:00 AM