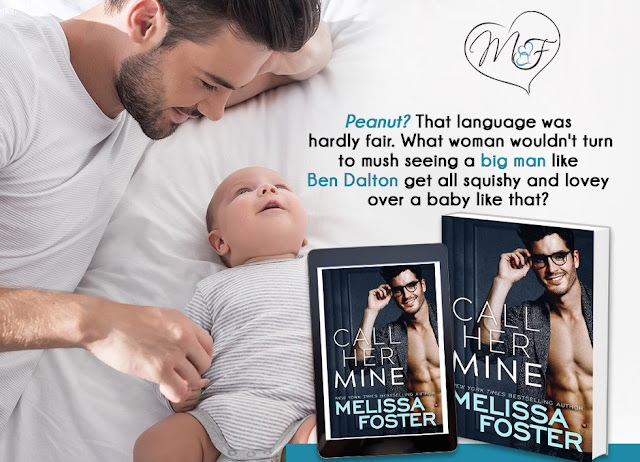 Please welcome to an interview with Melissa Foster!

1) ”If a woman can’t find love in the quaint town of Harmony Pointe, it’s sure to find them…” —this is the tagline for your newest series Harmony Pointe. Tell us a bit about the town and these women who are finding love.

I love writing about close-knit small towns, where gossip is ripe, and embarrassing tales of youthful rascals abound. Harmony Pointe is nestled between Sweetwater and Port Hudson, New York, not far from the city. It offers grand views of mountains as far as the eye could see. Cobblestone streets, brick-front eclectic shops, and old-fashioned street lights add to the small town’s charm. Readers who are familiar with my Sugar Lake series will recognize Harmony Pointe as Derek Grant’s hometown.

2) What was the idea that sparked the beginning of the series?

3) For longtime fans, can you tell us what this series has in common with your previous books? How is the series different from what you have written before?

Avid readers of my Love in Bloom series will have met Ben and Aurelia in several previous books and series. Their story is filled with humor and sexy times, and this one wallops the reader with an ugly-cry worthy punch. This family is very female centric, which is different than most of my other series. The exception is the Montgomerys, cousins to the Daltons, in which the males are also outnumbered. #GirlPower (Bradens & Mongtomerys series).

4) Why was it important that Ben and Aurelia launched this series in Call Her Mine?

Ben and Aurelia were too loud for me to ignore! They were finally ready to share.

5) There are friends-to-lovers romances and then there is Ben and Aurelia who are closer-than-close. Seriously, these two just about live in each other’s heads. What takes them so long to realize that they belong together?

Have you ever had a friend who you love so much that you can’t imagine life without them? I have. It instills a certain level of fear—what if you risk that friendship, lay your feelings on the line, and the other person doesn’t feel the same? True friends, the ones who “get” you, who accept you at your worst, bitchiest states, and at your best, are hard to come by. Risking the friendship is terrifying. I think this was the case for Ben and Aurelia—Plus there’s Ben and his damn planning...
That man made me crazy.
I love him so hard!

6) When romance finally (finally!) is in the cards for these two, they have one very tiny situation that turns up—Ben’s previously unknown infant daughter. What was it like to create an insta-family for this pair?

It was so frigging fun I wish I could do it again! I loved every second of writing this book. I was able to strip Ben and Aurelia down to their most raw selves and emotions, and then watch as they found their new footings together. It was glorious.

7) While it is unfair to ask if you have a favorite hero, we’d love to know what makes Ben so special to you.

Heroes come in all shapes and sizes—arrogant, funny, introverted, brilliant, average, overly serious, etc. Ben is like the guy you see sitting at the end of a bar in a fine suit and think he’s probably taken, or at the least too refined to be fun. And then he opens his mouth and melts you, or makes you laugh, at every turn. He’s protective, but not in a bullying way. Don’t even get me started with that man holding a tiny baby, falling in love with her page after page. I’ve got goosebumps just thinking about it. 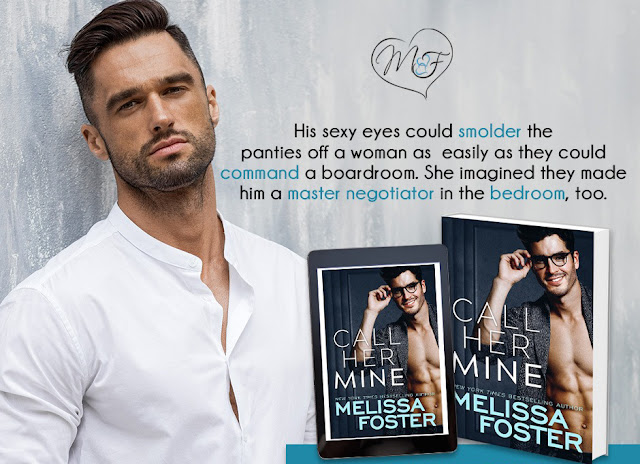 Read an Excerpt Call Her Mine Excerpt

“I’ve got to go.” She tried to pull away, but he dug his fingers into her knotted muscles, releasing tension and drawing a moan from her traitorous lungs.

“Don’t run off,” he coaxed. “I wasn’t kidding. You are my best friend. I trust you with my secrets, and I love who you are.”

Hope bubbled up inside her, and she closed her eyes, glad he couldn’t see her face. Had their time finally come? “Really?”

“Of course,” he said, and she heard the smile in his voice.

That made her feel all sorts of good, and the truth came easily. “I love who you are, too.”

He leaned his chin on her shoulder, his hard chest pressing against her back as he said, “I especially love who you are when you’re making me breakfast.”

“Ugh!” She pushed to her feet, but he snagged her wrist, giving her the puppy-dog eyes she’d never been able to resist. The ones that said, Please don’t leave me. “Ben,” she warned.

“I am not making you breakfast. I have to go.” She yanked her hand away and said, “And I’m busy for the next few weeks. Actually, for a lifetime, so . . .” She shoved her feet into her red Converse sneakers and grabbed her purse.

“I seriously have to make my own breakfast?” Ben pushed to his feet and stretched, six-plus feet of hotness towering over her five-two frame. “But you make waffles better than I do.”

“I do a lot of things better than you. Don’t forget to call Aiden back.” Aiden was his business partner. He’d called Ben last night while they were watching a movie and Ben had made her laugh, causing tequila to come out of her nose, which had sent him into hysterics and rendered him unable to answer the call.

“That’s right.” He grabbed his phone from the table. “He was supposed to set up a meeting with our legal team.”

“For the hotel chain you’re buying?”

He pulled his sweatshirt over his head and tossed it to her, revealing a dusting of chest hair over muscular pecs and a treasure trail that disappeared beneath the waist of his low-slung jeans. His sweatshirt hit her in the chest and landed at her feet, reminding her she was staring.

Ben laughed. “Nice catch, Rels. Remind me not to pick you for my baseball team.”

“I don’t want to be on your team. You run the bases too slow,” she mumbled as she picked up his sweatshirt and tugged it over her head, inhaling his masculine scent. “I’m out of here.”

“Since when did you become so needy?”

A coy grin slid across his face. “I know that once you’re in my kitchen, there’s no holding back. You won’t let me eat crap when you can make something delicious.”

“Yeah, you should see me in the bedroom.” She felt her eyes bug out. She slammed her mouth closed, unable to believe what she’d said. She stormed through the hallway and out the door, followed by Ben’s laughter—and almost tripped over a basket. She leaned back, holding the door open, and hollered, “I think Willow left you muffins. There’s a basket on your porch.”

She realized she was staring at his bare chest again and snapped, “I’m taking the biggest muffin,” as if it was his fault he had great pecs and abs she wanted to lick, and bite, and—

He cocked a grin and said, “Take as many as you’d like, but you’ll pay for them later.” 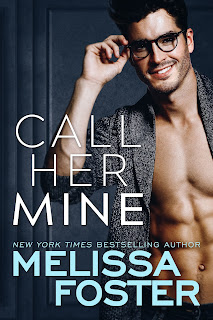 Ben Dalton has always been honest, except where his heart is concerned. He’s been in love with his best friend—saucy, smart-mouthed Aurelia Stark—forever. But Ben’s a planner, and timing has never been on his side. When he finally decides to make his move, Aurelia beats him to the punch with a move of her own—to a different town.

Aurelia loves her new life in the charming town of Harmony Pointe. She has a great apartment and her very own bookstore, and best of all, the sinfully hot, commitment-phobic friend she’s crushed on for years is no longer just around the corner. Maybe she’ll finally be able to leave her unrequited love behind and move on.

But when a baby is left on Ben’s front porch—a baby that is presumably his—Aurelia is there for him. Neither one knows the first thing about babies, but how hard can it be? Ben and Aurelia are catapulted into a world of love, laughter, and tracking down the baby mama, and it might even add up to a very happily ever after… just not one either of them expects. 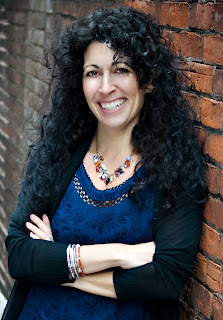 Melissa Foster is a New York Times and USA Today bestselling and award-winning author of more than eighty books, including The Real Thing and Only for You (from her Sugar Lake series). Melissa and her books have been featured in USA Today, Hagerstown magazine, The Patriot, and more. Her novel River of Love has been optioned for film by Passionflix. Melissa also writes sweet romance under the name Addison Cole. When Melissa isn’t writing up a storm, she’s living her own happily ever after with her husband and a gaggle of grown children. For more news, information about her books, and to chat with her, visit Melissa at www.MelissaFoster.com.

a Rafflecopter giveaway
at 10:10 AM