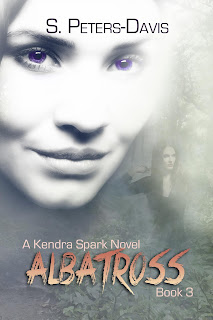 Tagline: A cold-case investigation ends in facing the ultimate psychopaths, a highly-accredited police director gone crime lord and a beautiful malevolent “albatross of a spirit.”

Kendra Spark, Derek Knight, and “ghosty” Jenna Powers, members of an FBI special task force, investigate a cold-case and end up facing the ultimate psychopaths, a highly-accredited police director gone crime lord and a beautiful malevolent “albatross of a spirit.” Both want Kendra for her unique abilities but might settle for Jenna instead.

Derek stops at nothing to keep Kendra and Jenna safe, but what if the worst-case scenario happens, an unstoppable villain and villainess of the dark plane that picks the earth plane as their stomping ground?

Read an Excerpt from Kendra’s point of view 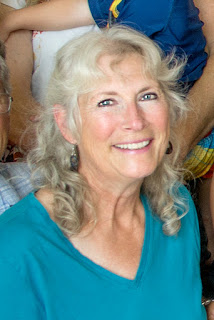 S. Peters-Davis writes multi-genre stories, but loves penning a good page-turning suspense-thriller, especially when it’s a ghost story and a romance. When she’s not writing, editing, or reading, she’s hiking, RV’ing, fishing, playing with grandchildren, or enjoying time with her favorite muse (her husband) in Southwest Michigan.

As DK Davis, she also writes YA and NA paranormal, supernatural novels that involve diverse and mature subject matter. 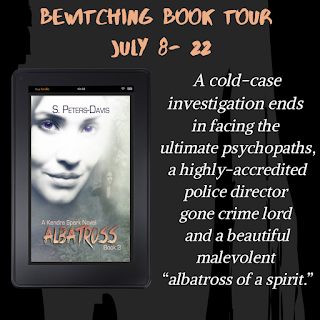