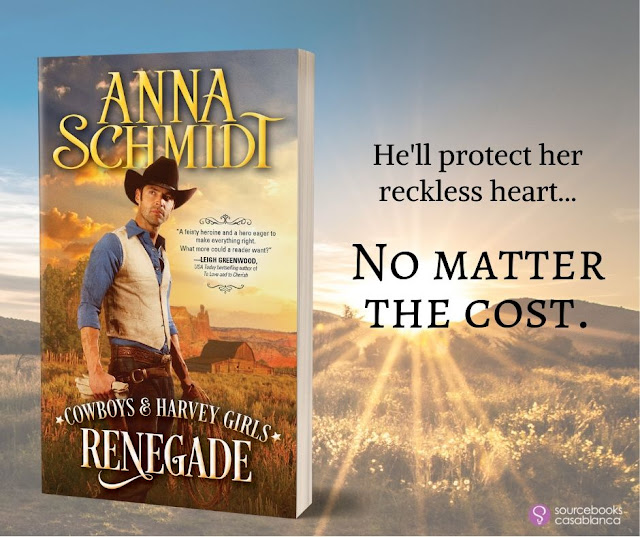 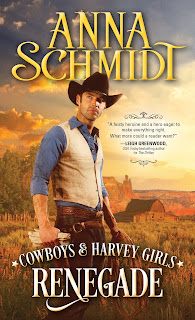 No matter the cost…

Lily Travis may be a Harvey Girl, but she’s a rebel—and a romantic—at heart. Too bad her impulsive nature led her to marry a man who promised a life of ease and prosperity, only to disappear the very next day. She’s kept her secret as best she can, and now she’s convinced she’ll never find true love…not even with the handsome local sheriff she can’t get off her mind.

Cody Daniels knows Lily isn’t the right woman for a by-the-book lawman with political ambitions. She’s brash, headstrong…and entirely too tempting. But when Lily’s past catches up with her and the villain she married threatens everything she holds dear, Cody is determined to defend her honor and show her the future they could have together—no matter the consequences.

"Readers wanting a good old-fashioned Western romance need look no further than this one." —Dear Author for Last Chance Cowboys: The Drifter

"A plot twist that will leave readers speechless." —Fresh Fiction for Last Chance Cowboys: The Lawman

Award-winning author Anna Schmidt delights in creating stories where her characters must wrestle with the challenges of their times. Critics have consistently praised Schmidt for the reality of her characters—exposing their flaws as well as their strengths as she delivers strong tales of hope and love in the face of seemingly insurmountable obstacles. She resides in Wisconsin and Florida.

Lily Travis stood with the rest of the Harvey Girls, eyes brimming with happy tears at the sweet scene before them. Grace Rogers, former Harvey Girl, was repeating her vows with Nick Hopkins, the handsome ranch foreman they’d all met on the train from Kansas City just five months before. The lump in Lily’s throat was as much about her own sadness, however, as her happiness for Grace. A few years earlier, Lily had made a huge mistake— one that promised to prevent her from ever finding the true love Grace and Nick shared. She forced a smile when her friend Emma nudged her. This was Grace’s day, after all.

At the reception that followed, Lily helped pass slices of the wedding cake as Grace and Nick cut them. She nodded in agreement at guests bubbling with joy for the couple, until, cake in hand, she found herself face- to- face with Sheriff Cody Daniels. He was his usual serious self, a blessing considering Lily’s mood that day. On the rare occasions when he did smile, the man had dimples, and Lily was a sucker for a man with dimples. Emma and Grace used to tease her about that, and Lily couldn’t deny that the lawman was definitely good- looking. But he also played life by the rules— something Lily had trouble doing. Something that had been the source of her problems from the time she was sixteen. No, it was best to keep her distance from Cody Daniels.

Enter the Giveaway: a Rafflecopter giveaway
at 7:00 AM