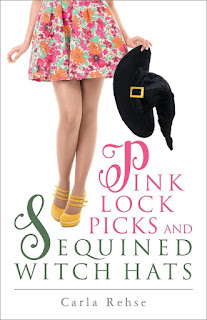 Witches must bond with humans in order to produce children—and once the bond is made, it cannot easily be unmade.

Imagine seventeen-year-old Gracie Mason’s surprise when she accidently bonds with a witch named Asher. Sure, he’s cute, but that’s beside the point. She’s not going to settle for a guy just because she’s magically bound to him.

To dissolve the bond, Gracie must seek out another witch to perform a magical rite. However, matters become considerably more complicated when witches begin turning up dead. Wanting nothing more than to get on with her life, Gracie must now team up with her enchanter and wade deeper into a complex world of enchantment and intrigue.

Pink Lock Picks and Sequined Witch Hats is an enthralling story of magic, mystery, and murder—and each new twist will draw you further under its spell.

Daddy told me years ago that to succeed in life I need a strong plan, the right tools, and the gumption to follow through. His words of wisdom helped me get elected homecoming queen, become co-captain of the cheerleading squad, and voted on the student council. Now I plan to use them to help me pull off my first burglary.

My plan is solid. I’ve also never backed down from a challenge, not even last year when Brittany Thomas became overly friendly with the entire football team in a sad attempt to deprive me of my crown. People say I started the rumor about the rash of STD cases spreading through the boys’ locker room faster than a brush fire. I didn’t, of course. Why start gossip when the squad of doctors from the local Health Department did it for me?

I take a deep breath as I enter the Trinity Building. At almost four o’clock on a Friday before a three-day weekend, the place is deader than a PTA meeting. It helps that today is the hottest July first on record for Central Texas and the air conditioning in this building is dismally subpar. The Trinity Corporation may claim to have the most upscale rental space in town, but one look at the gold leopard granite floor paired with peach-painted walls shows that’s a downright fib.

The only guard on duty leans back in his chair and sucks down a Sonic Route 44 Coke like his life depends on it. I wave as I pass the security desk, wearing a megawatt smile and fully confident in the strength of my lavender-scented Lavanila deodorant—vegan, of course. Deputy Dawg gives me his usual perv stare before returning to the comic book balanced on his knee.

Centex Therapy, LPC occupies most of the first floor office space. A small bell tinkles when I open the frosted glass door. What decorum the overall building lacks, the waiting room has in spades. Brown leather chairs sit on a bamboo rug and pastel paintings from local artists brighten the walls. A tall grandfather clock in the corner softly chimes four times. This late on a Friday means the room is empty of other patients. Perfect.

Jane, the receptionist, fans herself with a copy of Country Living. “Cutting it awfully close, Gracie. Go on in.”

Dr. McDozzle gives me a pained smile as I enter the room.

“Good afternoon, Miss Mason. Have a seat.” For a head shrinker, he’s incredibly formal. And a non-Texan, who hates football and sweet tea. I haven’t learned much more about him in the last month, but that’s enough to get him tarred and feathered if word got out.

The leather recliner squeaks when I sit down. “Thanks for seeing me on a Friday, Doc.” I twirl a strand of newly highlighted platinum hair around my finger. It goes wonderful with my bubblegum pink manicure. “Mr. Anderson, Daddy’s new lawyer, is now insisting I have two sessions a month with you. Of course, Mama’s lawyer says once a month is just fine, seeing how I’m such a well-adjusted high school senior and all. Almost a senior, I guess, since school’s not started.”

Dr. McDozzle straightens his glasses. “Yes, well, your parents do seem to have quite the barrage of attorneys involved in their divorce. Have you worked on the homework I gave you during our last session?”

This is such a waste of time. My parents have spent the last five years embroiled in a divorce dirtier than a greased pig-wrestling contest. Both sides of the family have more money than sense, much to the delight of every lawyer in the tri-county area. Not that I want my parents to get back together. Anytime they’re within spitting distance of each other, the tension between them gives me a migraine. Besides, if they hadn’t split up, I never would’ve met Ben.

Ben’s the son of Daddy’s ex-girlfriend. Until four months ago, they all lived together in Daddy’s condo. Ben is a sophomore at the local college and is truly hot, in a geeky, stud muffin, save-the-world, kinda way. Crushing on my almost stepbrother might seem a bit sketchy, but it’s legal—I Googled it twice.

Which means it’s time to start step one in my Get Ben Plan.

I toss my hair over my shoulder before pulling out a pink glitter notebook from my Eiffel Tower-shaped mini-purse.

“You wanted me to write down my feelings about my parents’ shared custody thing. Honestly, I don’t understand why the lawyers are so panty-twisted about me spending a week with Mama and the next with Daddy. It means I get double the wardrobe. Hello? What girl would say no to that? It’s way better than Heather’s situation. I told you about her last time, I think. The girl with the hideous frizzed-out curls but drives a cute BMW Z4 roadster? Anyway, her parents are insane.” I continue a steady stream of babble until Dr. McDozzle’s eyes glaze over.

There’s no clocks in the room, but Dr. McDozzle keeps checking his watch. I’m sure the poor man created a nice therapy plan for me, but I’ve completely derailed it. Mama always says a girl has many tools to choose from in her arsenal—perfectly curled hair, well-placed boobs, and endless chatter are my faves. Besides, Daddy’s been paying therapists a fortune for years to show the divorce court how concerned he is about me. Dr. McDozzle’s earning his car payment today. 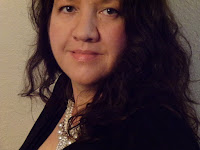 Although not a native Texan, Carla prides herself on having mastered the correct usage of “y’all” and “bless your heart.”

Carla is owned by a persnickety kitty, who rules the computer keyboard and only allows Carla to write when demands for cat treats are met. 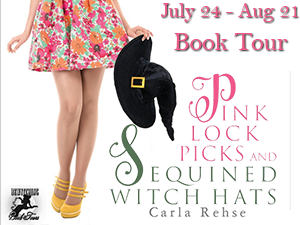