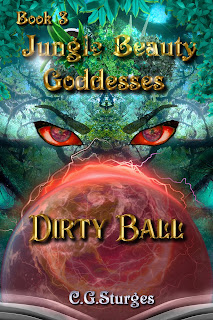 The Jungle Beauty Goddesses: Dirty Ball- Book 3 is a story about love… the familial love and loyalty of family and the unbreakable bond between the seven sisters… and the power of love and how it plunges, crashes, and melds beings of different realms and realties. The Jungle Beauty Goddesses Series has been coined “Nubian Mythology a Modern Creation Story.” All life is created by sexual energy—this story is not meant to be erotic—it merely captures the sensuality of the universal powers and enthralling forces that make us human, frail, mortal, and vulnerable.

I activated the divinity codes from the trees of knowledge because I wanted to be a hero, someone that my people could look up to and respect.  Where did I go wrong? Please. Can you help me, Afar?”
“Dahling, you don’t want to be a hero. Let some common foolish humans do that. It is not a good look for a man of your stature. Heroes are the worst kind of predators, but oppressed people don’t know it because the hero is the middleman between God and the Devil. Heroes need people. People don’t need heroes. The word itself implies that someone needs to be a hapless victim, unable to navigate circumstances beyond their control. Heroes are predators who feed off people who have not awakened into the power of their inner god. Heroes need someone to feel inferior so that they can feel superior. They need things to be broken so that they can feel good about themselves by fixing them. Heroes are pathetic beings because humans don’t fear or respect them. They are only as valuable as their last good deed.
You assumed that you were helping people when you planted the seeds of civilization, and tricked them into cultivating and toiling the land to build their collective invisible prisons. You gave them the illusion of limited time and resources. This is the price for human evolution. You did this, Mada. This is all your doing. You can’t be the villain and the hero. 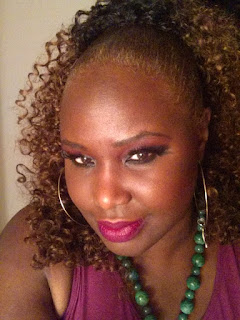 Cassandra George Sturges is the author of “A Woman’s Soul on Paper,” “Success and Beauty is an Attitude,” “The Illusion of Beauty: Why Women Hate Themselves and Envy Other Women,” and “Why Racism is a Mental Illness.” For many years, she was an advice columnist for Today’s Black Woman Magazine and is currently a full-time psychology and sociology professor at a college in the mid-west. She is a high school dropout who graduated with her General Education Diploma and eventually earned five college degrees including two masters and a doctorate degree. In her late forties, she began making life-size fabric sculpture, cloth dolls that turned out to be the main characters in her Jungle Beauty Goddesses coming of age, modern creation Nubian Mythology fantasy fiction, sensuous, romantic series. She is the mother of two adult children, a grandmother, and for over 20-years has shared her life with her twin flame. 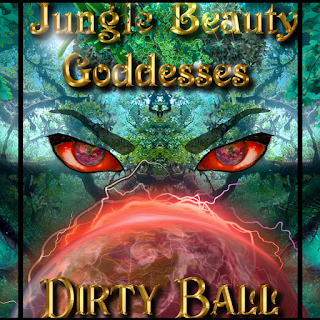 a Rafflecopter giveaway
at 10:49 AM