“A remote and haunted lighthouse. An unsolved 150-year-old murder.

What could go wrong?” 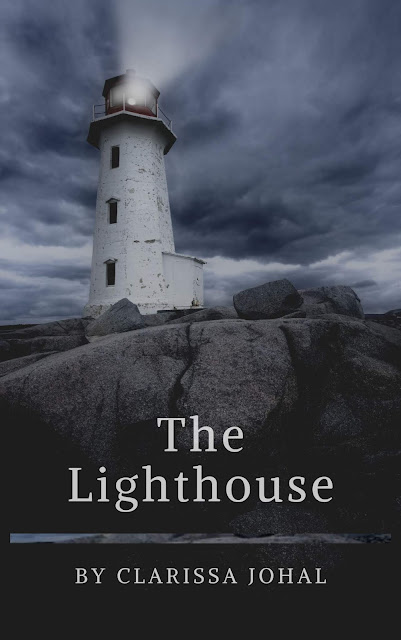 Sent to cover the haunting of Pelican Rock lighthouse, Riley Murdock vows to write a historical piece instead. Ghosts aren’t real. And she wouldn’t ruin her reputation as a serious journalist by writing the contrary. Photojournalist Dillon Page is much too involved in the paranormal to her liking. Gullible and carefree, he’s happy to treat their assignment like a ghost-filled vacation. But Riley will discover there’s more to Pelican Rock than either expected.

Dropped off by boat, the two gather as much information as possible. But when night falls, the mood in the dilapidated lighthouse shifts. Unexplained sounds, fleeting shadows, and icy breezes keep them both awake. And when Dillon starts acting strangely, Riley fears something is going on that she can’t explain.

From the author who brought you bestsellers Poppy, The Island, and Struck; comes a haunting tale that will keep you awake long past lights out.

Excerpt from The Lighthouse:

Riley woke to a loud “thump!” resonating across the floor. Followed by several more, the thumps were in succession. The door in the entry room probably blew open. Her tired thoughts began to wander before there was another thump, followed by yet another. Heavy, purposeful footsteps were coming up the lighthouse steps. Riley sat up, instantly awake. It looked like Dillon was burrowed in his sleeping bag. Weak moonlight traced the rumpled edges.

The footsteps became louder and louder before they finally stopped at the door. Riley fastened her gaze on the broken handle, holding her breath. The door slowly swung open.

“Dillon!” She shot out of her sleeping bag and made a grab for him.

Dillon’s sleeping bag was empty. He’d left his sneakers behind, along with a rumpled hoodie, ripped-up jeans, and T-shirt.

What the hell? Riley turned with a frown, ready to tell him off for scaring her. The doorway was also empty. Confused, she crept forward and peered down the stairwell.

He probably went to the bathroom, she thought with a sigh of relief. I must have heard him going down, not coming up. Her bare foot brushed against something cold and she bent to pick the object up. “You forgot your flashlight, dummy!” Riley waited for him to respond. “For someone who’s afraid of the dark… You’re going to break your neck without your flashlight!” Her voice echoed against the walls of the lighthouse. She turned it on and shone the flickering beam of light down the stairs. The sound of footsteps echoed from below. “Jack-ass.” Riley slipped on her boots and trench coat and went to follow him.

The weak beam of light bounced erratically off the brick walls. It was pitch-black, and she grasped the railing to keep herself from tripping. As she rounded the curve, she caught a shadow disappearing around the corner. “Slow down!” When Riley reached the landing, she stopped to catch her breath. The footsteps continued down the stairs before they too stopped. “Dillon?” she called down. The footsteps started again. Angry, she debated whether to leave him on his own. The footsteps faltered. And if he breaks his leg, then what?

Riley descended the second flight of stairs, anger growing with each step. Every time she reached a landing, the shadow slipped down the stairs, just past her. And every time she stopped, the sounds of footsteps also stopped, as if Dillon were goading her on. By the time she reached the bottom, she was sputtering with white-hot anger.

The front door to the lighthouse stood open. Muted moonlight fell across an empty beach like an afterthought. Confused, she shone the flashlight in the outhouse’s direction. There’s no way he could have run that fast. I would have seen him. Riley scanned the rocks, expecting to see Dillon crouched beside one, laughing at her. Nothing but normal shadows lurked in the crevices.

She started towards the outhouse when she caught movement at the cottage. Anger again pricked at her insides. She marched toward the doorway, shining the flashlight needlessly on her path. The moonlight was enough to see by but she felt better holding the flashlight in front of her, like a club. I’ll clobber him over his dear little head when I catch up with him. She stopped and pointed the beam of light inside, like an accusing finger. Dillon’s quiet singing sounded from the bedroom. Continuing inside with a scowl, she found him sitting beside the cradle, rocking it slowly.

Dillon paused, his attention still focused on the cradle.

“It’s the middle of the damn night.” Unbridled anger washed away threads of fear. “You woke me up stomping down the stairs like that—”

“This isn’t funny, Dillon! You could have broken your neck running down the stairs like that! Worse, I could have broken my neck running after you.” She waited for him to explain himself, her heart thudding in her chest. Instead, he continued to sing quietly, as if it was perfectly normal to sing to an empty cradle. A sudden realization dawned on her. Oh, my god, he’s sleepwalking. She inwardly rolled her eyes. Of course, he is. She felt the muscles in her neck relax a fraction as her anger dwindled. “Dillon, it’s time to go to bed. I’m going to take your arm and we’ll walk back together—”

She made a move towards him and his gaze snapped to hers. There was something in his expression that made her stomach lurch. For a moment, he didn’t look like himself at all. His features were too soft, too feminine. And his eyes… They didn’t even look blue in this light. Riley took an involuntary step away. 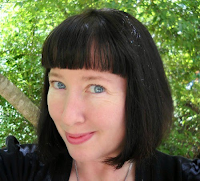 Clarissa Johal is the bestselling author of paranormal novels, The Lighthouse, Whispers in the Wood, Poppy, The Island, Voices, Struck and Between. When she’s not listening to the ghosts in her head, she’s dancing, taking pictures of gargoyles, or swinging from a trapeze. She shares her life with her husband, two daughters, and every stray animal that darkens their doorstep.