Celebrate the New #Book Release of A Merciful Promise (Mercy Kilpatrick, Book 6) by Kendra Elliot with a #Giveaway ~ @KendraElliot 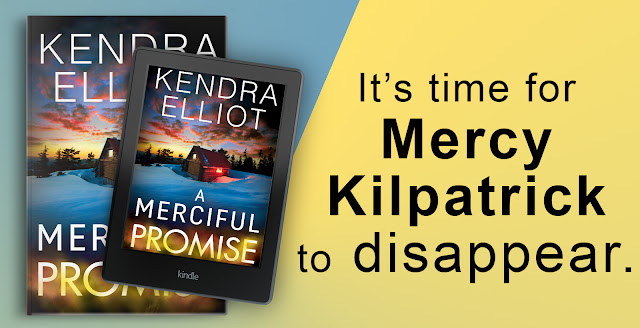 The job: infiltrate a militia amassing illegal firearms in an isolated forest community. FBI agent Mercy Kilpatrick is the ideal candidate. She knows Oregon. She’s near the compound. And having been raised among survivalists, Mercy understands the mind-set of fanatics. Lay low, follow rules, do nothing to sound an alarm, and relinquish all contact with the outside world. She’s ready to blend in.

As Mercy disappears into the winter hills, something just as foreboding emerges. Mercy’s fiancé, Eagle’s Nest police chief Truman Daly, is faced with a puzzling series of murders—three men dumped in random locations after execution-style shootings.

Now, for Mercy, trapped in a culture where suspicion is second nature, and betrayal is punishable to the extreme, there is no way out. No way to call for help. And as plans for a catastrophic terrorist event escalate, there may be no way to stop them. Even if Mercy dies trying. 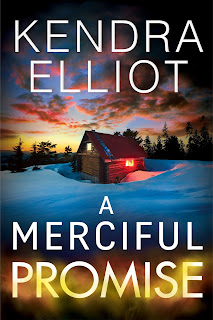 Read an Excerpt: A Merciful Promise by Kendra Elliot

“What does Jeff want?” FBI special agent Eddie Peterson asked Mercy as they simultaneously tried to pass through the conference room doorway. Eddie stepped back, a laptop under one arm and two books under the other as he precariously gripped a cup of coffee by its lid.

Mercy darted through before he lost control of the coffee. “I don’t know, but he told me to clear my afternoon.”

Eddie frowned as he set the cup on the conference table. “He didn’t tell me that. I’ve got three meetings.”

Mercy shrugged. It was part of her job to change direction on a dime, and Jeff’s vague message had perked up what had promised to be a dull day of paperwork. Mercy had been a special agent with the FBI’s Bend, Oregon, field office for nearly a year after spending five years at the big Portland office. Including her and Eddie, Bend had five agents, in contrast to the hundred agents in Portland.

But Bend was close to her heart. She’d been raised thirty minutes away in the tiny town of Eagle’s Nest, and until she arrived in Bend on a case last September, she hadn’t visited in fifteen years. After that case she left behind Portland’s hustle and bustle for the stunning vistas of the Cascade mountain range to Bend’s west and the wide-open plains to its east.

Her boss, Jeff Garrison, entered the room with two official-looking strangers close behind him. Instinct told Mercy they weren’t FBI—but something about them felt very governmental, and she noticed instantly they were discreetly armed. The woman was tall, dark, and elegant—she could have been a model twenty years earlier, and her gaze zoomed in on Mercy, studying her from head to toe. After the moment of intense scrutiny, she gave Mercy a warm smile. Whatever evaluation she had performed, Mercy had passed.

The male looked as if he could be Eddie’s brother. Young, hair too long, a bit of scruff. He wore jeans and a light jacket.

Jeff made introductions. Carleen Aguirre was the resident agent in charge from the Portland ATF office, and the man was ATF special agent Neal Gorman. As they took their seats, Neal frowned at Mercy, studying her in the same fashion that Carleen had. Mercy returned his stare as Jeff shut the door.

“Nothing said in here leaves this office,” Jeff announced, looking directly at Eddie and Mercy.

Mercy hid a small spark of irritation; she and Eddie weren’t gossips. She lifted a brow and gave Jeff her best side-eye, wondering if she should be offended or immensely curious. She decided on immensely curious and gave the ATF agents the same deep scrutiny she’d received.

Carleen grinned and leaned forward, resting her arms on the table, her dark gaze holding Mercy’s. “One of our agents is undercover in a militia-slash-conspiracy-theorists-slash-illegal-arms-buying group outside of Ukiah.”

Mercy followed a road map in her head. “That’s a good four hours northeast from here.”

Neal nodded. “Just west of the Umatilla National Forest. If you’re looking for a good place to escape society, this is it. No one will bug you here.”

“But clearly something about this extensively labeled group bugged you enough to embed an agent,” Eddie stated.

“They call their compound America’s Preserve. The group has approximately forty people living in an abandoned campground,” Carleen told him. “The camp is the type of place churches rent for retreats. It has several cabins with bunk beds and a large hall with a kitchen for meetings, but it hadn’t been used in twenty years until this group took up residence about a year ago. The property is owned by a Ukiah resident who gave them permission to move in.” Carleen grimaced. “The ATF doesn’t want to reveal our interest, so no one has talked to the owner, but the general word in Ukiah is that the group is repairing the buildings in exchange for living there.”

“And you embedded an agent because of the illegal-arms-buying aspect,” said Mercy.

Both agents nodded. And didn’t expand.

Mercy waited, but neither Carleen nor Neal jumped in to fill the silence.

But Eddie did. “What do you need from us?”

Carleen took a deep breath. “We need Mercy. Tomorrow a second agent was to join our undercover agent and pose as his girlfriend, but she came down with shingles.” She turned pleading eyes on Mercy.

Sweat started under her arms, and her pulse pounded in her ears.

They want me undercover in an illegal-arms-buying militia?

Last winter she’d gotten uncomfortably close to a budding militia outside of town and nearly paid for it with her life. It wasn’t something she cared to do again.

Jeff met her gaze. He knew how dangerous her last experience had been. His eyes were sympathetic, but he sat silent, allowing the agents to ask.

“Get someone else,” Mercy forced out. “It doesn’t have to be me.” 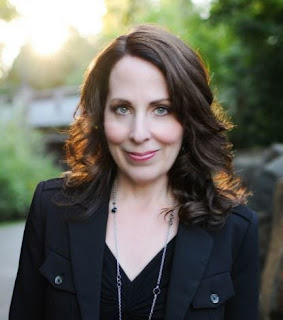 Kendra Elliot has landed on the Wall Street Journal bestseller list multiple times and is the award-winning author of the Bone Secrets and Callahan & McLane series as well as the Mercy Kilpatrick novels. Kendra is a three-time winner of the Daphne du Maurier Award, an International Thriller Writers finalist, and an RT Award finalist. She has always been a voracious reader, cutting her teeth on classic female heroines such as Nancy Drew, Trixie Belden, and Laura Ingalls. She was born and raised, and still lives, in the rainy Pacific Northwest with her family, but she looks forward to the day she can live in flip-flops. Visit her at www.kendraelliot.com.