Spirited Away (A Bay Island Psychic Mystery) by Lena Gregory 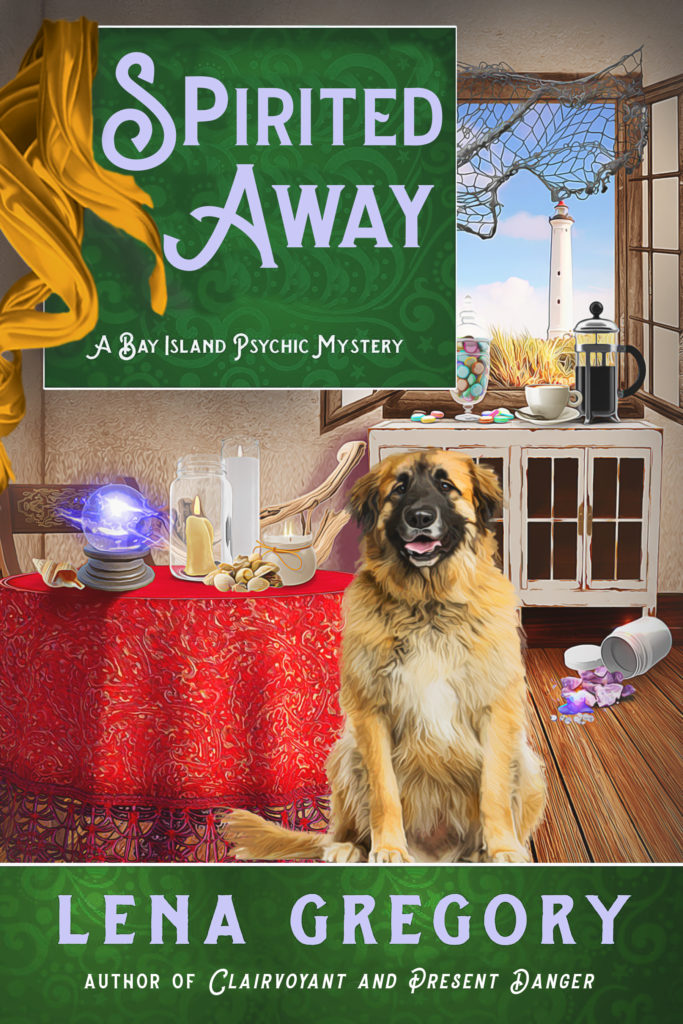 In the new Bay Island Psychic Mystery, psychic Cass Donovan is thrown into the middle of a macabre murder she never saw coming . . .

With the summer tourist season on Bay Island in full swing, shop owner Cass Donovan barely has a minute to breathe, and things at Mystical Musings become even more hectic when a fight breaks out at one of her psychic readings. Shaken by the fracas and discouraged that her sixth sense seems to be on the blink, Cass is even more dispirited to learn that one of the men involved in the altercation was later found dead—and that a close friend of hers is the main suspect.

Desperate to help her friend prove his innocence and consumed by haunting visions, Cass follows the clues from one possible culprit to the next, including some very mysterious tourists and not a few questionable locals. And when the police turn to Cass to help them find out who committed the ghoulish deed, she knows she’ll have to tread carefully, because her next grim premonition may be her last.

Lena Gregory is the author of the Bay Island Psychic Mysteries, which take place on a small island between the north and south forks of Long Island, New York, the All-Day Breakfast Café Mysteries, which are set on the outskirts of Florida’s Ocala National Forest, and the Puzzle Solvers Mysteries, which take place in a small town on eastern Long Island. Lena grew up in a small town on the south shore of eastern Long Island, where she still lives with her husband, three kids, son-in-law, and five dogs. Her hobbies include spending time with family, reading, jigsaw puzzles, and walking. Her love for writing developed when her youngest son was born and didn’t sleep through the night. She works full time as a writer and a freelance editor and is a member of Sisters in Crime.