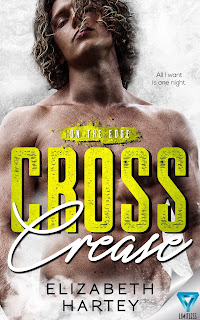 I was fourteen the first time I laid eyes on the smoking hot goalie. Damon Wolfe was the most gorgeous boy I’d ever seen. All it took was one glance, one sentence and my heart was his.

But I was too young and he was too broken.

Seven years later, he’s the biggest off-the-ice-player in the NHL and I’m his virginal best friend—a problem I have the perfect solution to. But Wolfe refuses to help me out. He claims he doesn’t want to ruin our friendship.

Yet, somehow, his eyes say something different whenever he looks at me. The way I see it, it’s only one night. What’s the worst that can happen?

The first time I looked into those sparkling turquoise eyes, I was a goner. Heaven had a mouth full of braces and bruised knees but she was the most beautiful girl I’d ever seen. With one look, she sent all my inner demons running.

But she was just a kid and I was too damaged.

Seven years later, Heaven is now my best friend. My best friend with a single-minded mission—to get laid.

She wants me to take her virginity and teach her about sex. But she's so far out of the realm of anything my blackened heart deserves it's laughable.
So, how come I’m not laughing? How come my best friend is all I think about? More importantly, what am I going to do to protect her—from me?

But with Pippa, everything’s changed. I want to breathe her in, get to know everything about her. I don’t know how to explain it. She brings something to my life I’ve never had, a luminescence wiping away my dark past.

Believe me, I know how this sounds. A few months ago, if I had heard any other guy spewing this schmaltz, I would’ve hurled my most recent meal and called him a little bitch. Hell, I did call my teammate, Dalt, a vagina back when he was getting all moony-eyed about Nik, and she didn’t want anything to do with him.

Now? Let’s just say I understand his predicament. I want Pippa like I’ve never wanted anything or anybody. Problem is, although Pip claims she’s only looking for a quick deflowering, I know she’s girlfriend material with a capital G.

I. Am. Not. Interested in having a girlfriend, in case you misunderstood my previous confession. Never had one. Never want one. By now, you must see where this is going.

But to be clear, let me reiterate. Pip is a girl and she’s a friend but with a big slash between the two words. She is, in fact, the only girl/friend I’ve ever had. I enjoy hanging out with her like I would any guy friend. Except, in Pip’s case, a small problem has developed. Or should I say, a rather big, hard problem? I don’t drool over any guy friends when they’re walking down the beach. I don’t get hard every time I think about one of them, or dream about pounding balls deep into them. Eww. There’s a thought I’ll never be able to erase from my mind. See my dilemma here? To say the friendship lines have been blurred when it comes to Pip is the understatement to end all understatements. 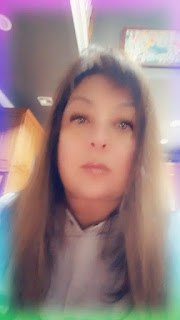 As a lover of the northeast United States, Elizabeth moved with her husband to the Poconos several years ago to open a Chiropractic Clinic. Four children and a menagerie of animals later, she has finally found time to fulfill her lifelong dream of writing novels. A dreamer at heart, romance is the genre she spends most of her time writing and reading into the wee hours of the morning. When not juggling work responsibilities and writing, she enjoys hiking the beautiful hills and woods around her home, swimming, knitting, travelling, and spending time with her family. She is an avid hockey fan, which means she has to compromise with her husband, one night of hockey for her, in exchange for one night of football for him.

Elizabeth Hartey will be awarding a $15 Amazon or Barnes and Noble GC to a randomly drawn winner via rafflecopter during the tour.

a Rafflecopter giveaway
at 9:33 AM