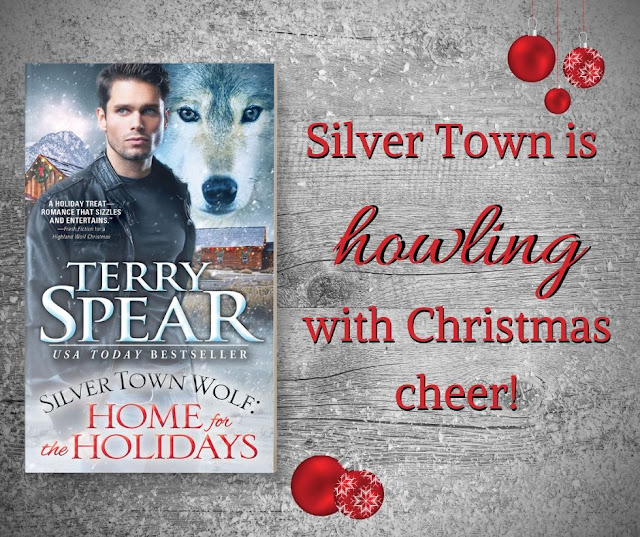 “The best of holiday romances…a howling good time.”—Long and Short Reviews for A Silver Wolf Christmas 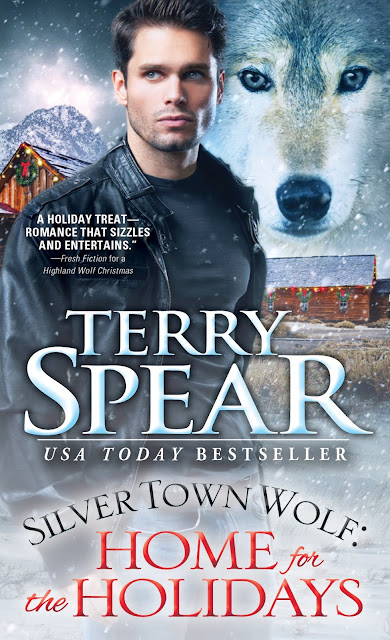 Gray wolves Meghan MacTire and Sheriff Peter Jorgenson plan to spend the rest of their lives together, and what better time to start forever than Christmas? But they are both harboring dark secrets that are about to surface and threaten their future together. With holiday magic in the air and all Silver Town ready to celebrate, Meghan and Peter have to conquer the past if they’re to have any hope of spending this Christmas in each other’s arms.

Destiny of the Wolf (Book 1)

Dreaming of the Wolf (Book 3)

Silence of the Wolf (Book 4)

Between a Wolf and a Hard Place (Book 7)

“A holiday treat—romance that sizzles and entertains.”—Fresh Fiction for A Highland Wolf Christmas

“Delectable…a ‘Recommended Read’ for Christmas and all year long!”—Romance Junkies for A SEAL Wolf Christmas

“An enchanting tale of kismet—werewolf style!”—Fresh Fiction for Dreaming of a White Wolf Christmas

USA Today bestselling author Terry Spear has written over sixty paranormal and medieval Highland romances. In 2008 Heart of the Wolf was named a Publishers Weekly Best Book of the Year and in 2016, Billionaire in Wolf’s Clothing was a Romantic Times Top Pick. A retired officer of the U.S. Army Reserves, Terry also creates award-winning teddy bears that have found homes all over the world and is raising two Havanese puppies. She lives in Spring, Texas.

“I have to change clothes,” Meghan MacTire said to her sisters, Laurel and Ellie. She was feeling a little anxious about the date she was going on with Sheriff Peter Jorgenson tonight, since she needed to tell him about her psychic ability to speak with and see ghosts.

Running their Victorian inn in wolf-run Silver Town, Colorado, had been keeping the triplet sister busy during the holiday season. And now it was just ten days until Christmas. Meghan had hoped she and the sheriff could go to her home for an intimate dinner and watch Christmas movies, like they’d been doing whenever they could get the free time. But tonight he wanted to take her out to the Silver Town Tavern. The food and atmosphere were great there, and it was private membership, so only wolves were allowed. Still, it wasn’t as relaxing after a hectic day. Especially when everyone in the pack was wondering if Peter and she were mating. If not, other bachelor males in the pack were waiting in the wings. Some were sure to see her and Peter at the tavern and would be keeping an eye on their relationship.

“Do you think he’s going to ask you tonight if you want to mate him?” Laurel asked. Her sisters had been dying to know when Peter would pop the question. They were both mated to Silver brothers and couldn’t wait until Meghan was mated as well.

“I don’t know. I’ll let you in on it if it happens, you know.” Meghan had been dating Peter for over a year now, not really typical but everyone was different. Sam and Silva, owners of a tea shop and the tavern, had dated for years before they finally tied the knot. Peter didn’t seem to be in a rush to ask Meghan to mate him, and she needed to discuss some issues with him that could affect how he viewed her.

Besides her ghost abilities, she had sent a wolf to prison before she moved to Silver Town, something one of their kind was never to do, and she hated to tell Peter. Even if he could live with what she’d done, she didn’t want anyone else in the pack to know. Would he be willing to keep her dark secret? Or would it bother him that he had to?

She could imagine the news getting out to the rest of the pack, and she knew some would no longer see her the same way. She wished that night had never happened, but it had. And there was nothing she could do to take it back.

She’d been so hurt the last time she’d mentioned it to a wolf boyfriend that she never wanted to discuss it with anyone again. The ex-boyfriend and her sisters were the only ones who knew. But she had to tell Peter before long. Tomorrow night. She couldn’t do it at the tavern. She had to talk to him privately about it before he asked her if she wanted to mate him, and she thought he might ask soon. She kept thinking something might be holding him back too, some dark secret of his own. Unless she was projecting her own mistake on him.

Meghan managed a smile for her sisters before she became too melancholy thinking about the notion. She pulled on her coat and headed for the back door of the inn.

“Have fun,” Laurel and Ellie both said.

“Thanks!” Meghan hurried outside to reach her Victorian house through the snow-covered garden. Just in case Peter proposed, she planned to wear a red satin dress, hoping she didn’t look too overdressed, as if she was expecting something to happen. But it was Christmastime, and she was going to dress up since she didn’t normally.

When she arrived home, she went upstairs to her bedroom and pulled the dress out of the closet. Maybe it would be a little much. Too dressy. Too shiny. Too sexy. Maybe she should just wear a green sweater and her MacTire plaid skirt and boots.

She brought them out and laid them next to the red dress on the canopied Victorian replica bed. She stripped out of her slacks and sweater and considered both outfits. It was cold out. Really cold out. And snowy.

She eyed the red dress. She’d never worn it for Peter. Hopefully, it wouldn’t be the wrong choice. She pulled off her bra and put on the red strapless one she’d purchased to wear with the dress. Then she pulled on the dress and struggled to reach the zipper on the low, low back. Darn it. She couldn’t reach it, no matter how hard she tried. She’d only worn the dress once—to a Christmas party two years ago when she and her sisters still lived in St. Augustine, Florida—and she’d forgotten she needed help with the zipper.

Before Peter arrived, she called Laurel. “Hey, I can’t get my zipper zipped. Can either you or Ellie come over and zip it up for me?”

“Ohmigod, you’re wearing the red dress. I’ll be right over. Unless you want Peter to zip it up for you.”

“Right. Hurry, before he gets here.” Meghan hated to ask. She knew Laurel would tell Ellie that Meghan was wearing the dress, created to hook a guy for sure. Yes, it was an eye-catcher, but she’d never caught a wolf’s attention while wearing it.

She brought out her red high heels before Laurel arrived. If Peter proposed, she wanted to be dressed for the occasion, though she reminded herself they still had to talk before she could say yes.

a Rafflecopter giveaway
at 7:49 AM