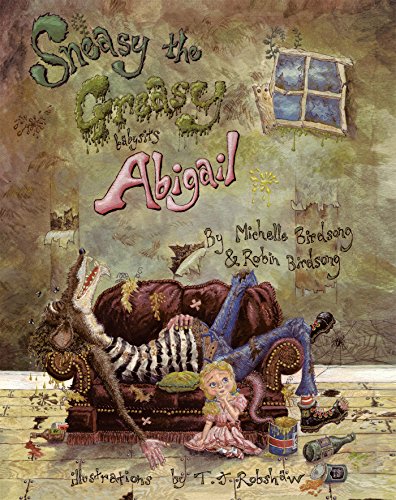 Kind and gentle Abigail Gold needs a babysitter. In walks Sneasy the Greasy. He wheezes, he sneezes and his hair is full of greases! But during an afternoon with Abigail, Sneasy learns the meaning of true friendship, honesty, and a life free of grease. 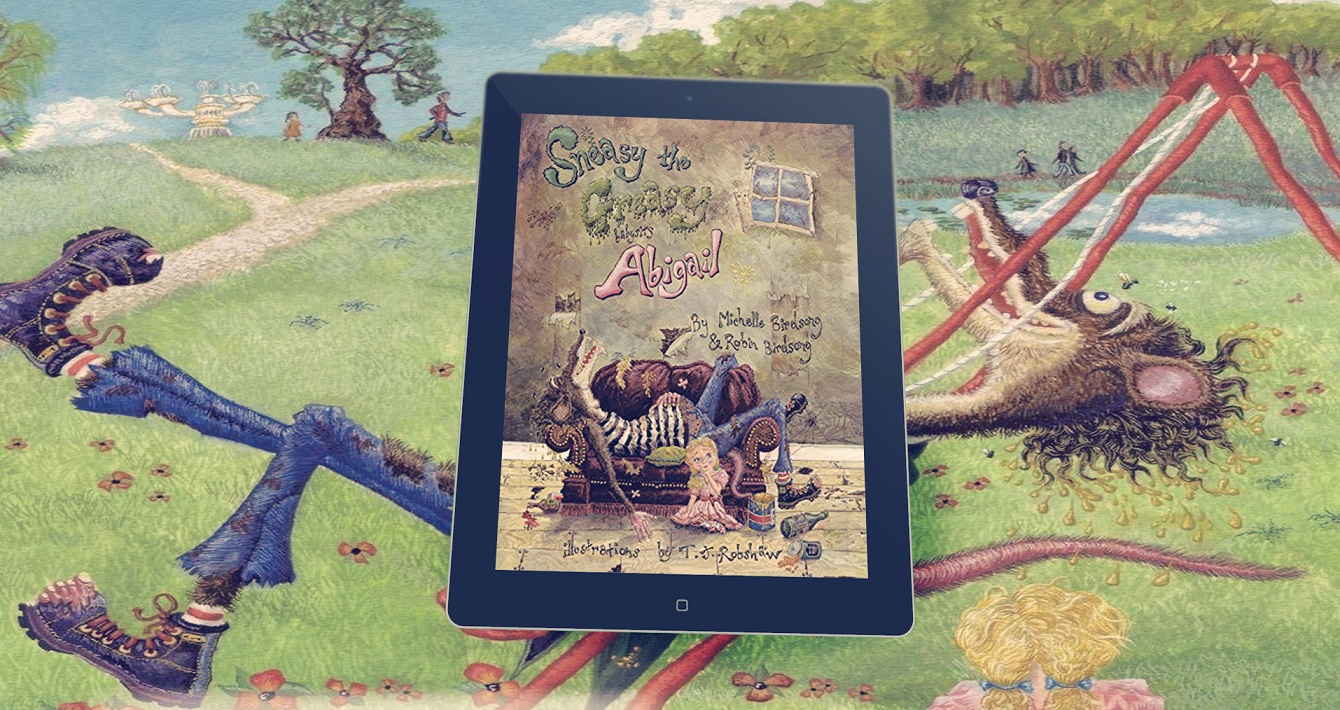 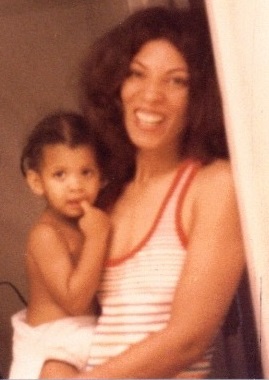 Michelle Birdsong is a songwriter and author, having worked with her late husband Edwin on his albums ‘What it is" and "Super Natural’. Michelle lives in NYC, finding the electric creativity of the city streets mirrors her  neverending imagination. And she loves collaborating with her daughter.

Robin currently lives in Hawaii, where the endless Summer light fills her daydreams with stories. And she loves working with her Mother.
Contact Links:

Rex Bright enjoys drawing in notebooks and dreaming. He’s thirteen, and his life is ordinary. Until he sees a face in a cloud which changes everything. Rex glimpses the girl from an airplane window while travelling to his aunt and uncle’s farm for the summer. Her features are so perfect, Rex can’t believe she’s only vapor. But Cloud Girl is real. A week later, Skyclyffe, a mysterious airship cloaked in a cumulus, abducts Rex and his family. The captors expect the Brights to live in their flying city forever. And, although he’s kidnapped, Rex loves the craft filled with robots, scientific discoveries, and silvery-white beings. Before long, Rex will be forced to decide whether to escape, or if Skyclyffe and its secret wonders are worth never stepping foot on Earth again.

Z. Moss lives in Stillwater, Minnesota and is currently working on the sequel to Skyclyffe. Two dogs, three cats, and two turtles run the household, including the real-life Radar.

Noah Kershisnik has been acting since before he could read. He spent his youth performing Shakespeare plays in a traveling children's theater, and developed a passion for performance and storytelling. Fortunately he did eventually learn to read, and now spends his time narrating audiobooks as well as acting on camera and stage. 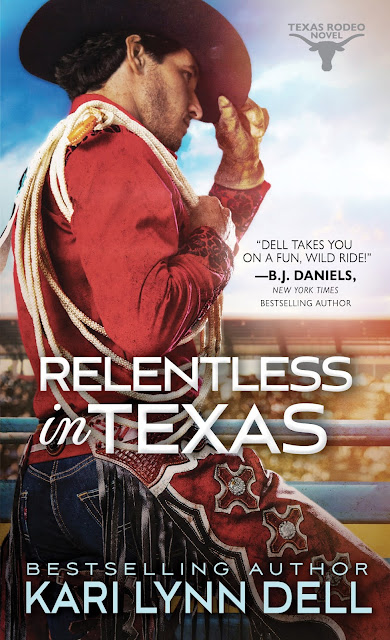 There’s a reason they call this cowboy relentless

Gil Sanchez was once rodeo’s biggest and baddest hotshot. Now he's thirteen years sober and finally free of the pain that ended his skyrocketing career. Given one last, near-miraculous shot to claw his way back to rodeo glory, he can't let fantasies of happily-ever-after dull his razor edge...but Carmelita White Fox is every dream he’s never let himself have.

And from the moment he saw the spark of challenge in her eyes, he hasn't been able to look away.

Carma may come from a Blackfeet family noted for its healing abilities, but even she knows better than to try to fix this scarred, cynical, and incredibly sexy cowboy. Yet she’s the only one who can reach past Gil’s jaded armor, and the fiercely loyal heart buried beneath the biting cynicism is impossible to resist. Gil needs Carma just as much as she needs him, but as the pressure builds and the spotlight intensifies, they’ll have to fight like hell to save the one thing neither can live without.

KARI LYNN DELL brings a lifetime of personal experience to writing western romance. She is a third generation rancher and rodeo competitor existing in a perpetual state of horse-induced poverty on the Blackfeet Nation of northern Montana, along with her husband, son and Max the Cowdog.

If following Carmelita was a bad idea, it was going to be one of the more interesting mistakes Gil had made. He didn’t just want her. He craved her…and that rarely boded well for him. But just this one time…

When the back door of the bar thumped shut behind them, Carmelita stopped and dragged in a long, deep breath. Her words came out in puffs of vapor. “God, that was suffocating.”

The closeness of the overcrowded bar? The argument with her cousin? The attention? “Why did you come?”

“My grandmother volunteered my services. Fund-raisers are the worst, though. Everyone is so…” Her hands fluttered in a broad circle, encompassing the tearful out­pourings of gratitude that marked benefits.

“You’re used to being in the spotlight.”

“I prefer an audience to a crowd,” she said flatly. And the difference was in the separation. She could walk off a stage without interacting with the masses.

She tipped her head back to gaze into the heavens and her body language slowly shifted, as if she was drawing in the stillness. When she started off through the parking lot, she once again moved with fluid grace. Gil matched her stride, closing the space between them so his coat sleeve swished against hers.

“Bing told me about you, and introduced me to your… friend,” she said.

With that slight hesitation, she summed up Gil’s uncer­tainty about his relationship with Hank, past and future. “I’m his sponsor,” he corrected stiffly.

“Mmm.” A sound that translated to if that’s what you want to tell yourself. “We lack many things up here on the rez, but we do not have a shortage of recovering addicts.”

“I watched Hank grow up. I understand him.”

She angled a searching glance beneath lowered lashes. “I see.”

Yes, she did. There was something in the way she looked at him—through him—that made him want to both hide and move closer. He did neither. The breeze caught her hair, sending a strand fluttering and carrying the scent of pine needles and snow down from the mountains. He swung around to face her as they stopped beside the door to his truck, and when he looked into her eyes, he felt as if he was losing his balance, falling into one of the bottomless mountain lakes—only much warmer. He could just keep sinking and sinking…

She caught him, pressing her hands flat against his chest, but her smile was tinged with regret. “I wish I could stay. You and I would be very good together, I think.”

The image of Carmelita naked and lush under his hands sent heat shuddering through him. Then he regis­tered what she was saying.

“You’re leaving?” Gil frowned at her in disbelief.

The hitch of her shoulder set the moonlight shimmer­ing through her hair. “I can’t leave my grandparents with a sick baby.”

“His mother didn’t seem overly concerned.” Gil’s voice was harsh, along with his judgment of her charming cousin. Even when he’d been regularly popping Vicodin like breath mints, he’d managed to stay clean on the weekends he’d had his son.

Carmelita smoothed her palms over the front of his jacket. “Next time?”

She angled her head to give him another searching look, then nodded. “You’re taking Hank home. That explains it.”

“This.” Her hand moved down, pressing with unerring accuracy over the clutch in his gut. She reached up with the other to brush cool fingers over the knot of tension in his forehead. “And this.”

He wanted to lean into that touch—into her—and let her wipe his mind clean for a few hours.

“I’m sorry I can’t do more.” She stroked a blissful circle on his temple. “But I can give you something for that headache.”

“A fistful of ibuprofen?”

“A promise.” Her eyes were steady, her tone certain. “Hank will be fine. He’s stronger than you think, and what­ever you’re keeping from him, he’ll understand it was for the best. So will the others.”

Gil jerked his head back. “I never said anything to Bing about that.”

Her hands fell away and she angled her gaze upward, eyes going distant. In the Panhandle the stars were painted on the sky. Here it seemed as if they were standing among them.

Without warning, she tipped onto her toes and pressed her mouth to his. Her lips were cool, but at the touch of her tongue the glowing embers they’d been gathering between them burst into flame, whooshing through him like a prairie fire. His thoughts, the last of his reservations, the ability to think at all were consumed by a wall of heat. He gripped the lapels of her coat to drag her hard against him, and she fisted her hands in the sides of his jacket, pressing even closer. Her tongue slid over his, the friction setting off more sparks.

A palpable shudder ran through her. She braced her hands on his shoulders, slowly, inexorably separating her mouth from his. Then she smiled, a copper-skinned Madonna with fathomless eyes, and pressed a palm over his thundering heart. “You should get some rest, Gil Sanchez. You’ve got a long drive tomorrow.”

Find the Rest of the Books in the Series on Amazon

a Rafflecopter giveaway
at 7:00 AM No comments: