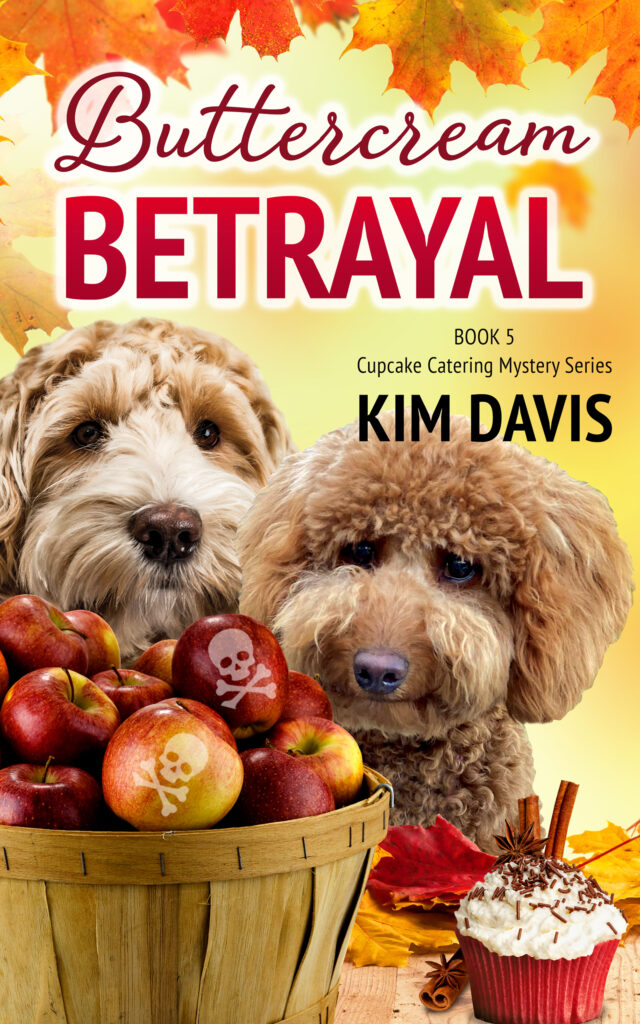 Intent on getting their two mischievous dogs under control, Emory Martinez and her half sister, Vannie, join a group dog training program led by Shawn Parker. With a graduation certificate just within grasp and a party to celebrate their hard-won achievements, what could go wrong? For starters, their two dogs have decided to wreak havoc during the party and tempers flare. It turns out not everyone is pleased with the dog trainer and his mother, the condo association president. Whispers of the mother and son’s misbehavior, or worse, fly amongst the barks, whines, and growls of the canines.

Kim Davis lives in Southern California with her husband. When she's not chasing her puppy or spending time with her granddaughters she can be found either writing stories or working on her blog, Cinnamon, Sugar, and a Little Bit of Murder or in the kitchen baking up yummy treats. She has published the suspense novel, A GAME OF DECEIT, the Cupcake Catering Mystery series, and the Aromatherapy Mystery series. She also has had several children’s articles published in Cricket, Nature Friend, Skipping Stones, and the Seed of Truth magazines. Kim Davis is a member of Mystery Writers of America and Sisters in Crime.