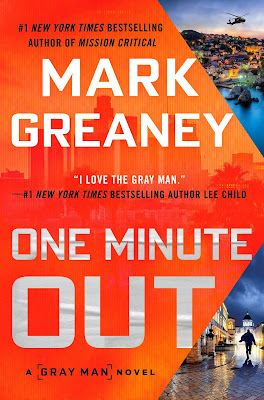 Order Your Copy on Amazon: https://amzn.to/2sEuXlH

While on a mission to Croatia, Court Gentry uncovers a human trafficking operation. The trail leads from the Balkans all the way back to Hollywood.

Court is determined to shut it down, but his CIA handlers have other plans. The criminal ringleader has actionable intelligence about a potentially devastating terrorist attack on the US. The CIA won't move until they have that intel. It's a moral balancing act with Court at the pivot point.

This moral quandary becomes more engaging as this is the first Gray Man novel told in first person, which will finally allow fans of the series to dive into Court’s head and understand more of who he is and what he’s willing to do.

Advance Praise for ONE MINUTE OUT:

“Great storytelling about the pursuit of extrajudicial justice.”—Kirkus Reviews 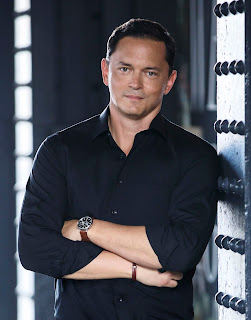 Mark Greaney has a degree in international relations and political science. In his research for the Gray Man novels, including Mission Critical, Agent in Place, Gunmetal Gray, Back Blast, Dead Eye, Ballistic, On Target, and The Gray Man, he traveled to more than fifteen countries and trained alongside military and law enforcement in the use of firearms, battlefield medicine, and close-range combative tactics. With Marine LtCol Rip Rawlings, he wrote the New York Times bestseller, Red Metal. He is also the author of the New York Times bestsellers Tom Clancy Support and Defend, Tom Clancy Full Force and Effect, Tom Clancy Commander in Chief, and Tom Clancy True Faith and Allegiance. With Tom Clancy, he coauthored Locked On, Threat Vector, and Command Authority.

Visit him online at www.markgreaneybooks.com.
at 7:00 AM