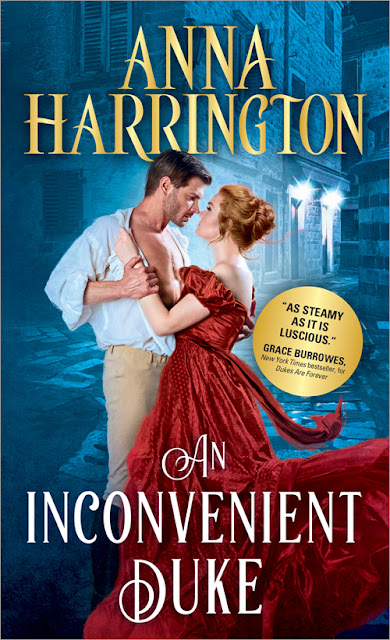 All's fair in war…and in love…

Marcus Braddock, former general and newly appointed Duke of Hampton, is back from war. Now, not only is he surrounded by the utterly unbearable ton, he's mourning the death of his beloved sister, Elise. Marcus believes his sister's death wasn't an accident, and he's determined to learn the truth—starting with Danielle Williams, his sister's beautiful best friend.

Danielle is keeping deadly secrets of her own. She has dedicated her life to a charity that helps abused women—the same charity Elise was working for the night she died. When Danielle's work puts her life in danger, Marcus comes to her rescue. But Danielle may not be the one in need of rescuing…


Anna Harrington is an award-winning author of Regency romance. Anna was nominated for a RITA in 2017 and won the 2016 Maggie Award for Best Historical Romance. The Secret Life of Scoundrels. A lover of all things chocolate and coffee, when she’s not hard at work writing her next book or planning her next series, Anna loves to fly airplanes, go ballroom dancing, or tend her roses. She is an English professor in Chattanooga, Tennessee.