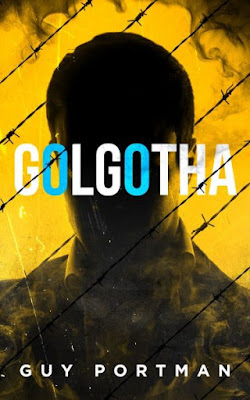 You can’t keep a good sociopath down.

Dyson Devereux is languishing in prison awaiting trial for murder. Languishing wouldn’t be so bad were it not for the irksome inmates, crowded conditions and distinct lack of haute cuisine.

Only Alegra, his sometime paramour and frequent visitor, shares his desire to see him released. The problem is, she wants Dyson freed so they can start a new life together. But all Dyson desires is to get back home to his treasured mementos.

As judgement day draws ever closer, can Dyson keep up appearances long enough to win his freedom? And at what cost? For hell hath no fury like a sociopath scorned.

Golgotha is a funny, fast-paced crime comedy novel, boasting a sardonic and sinister sociopath at its helm. 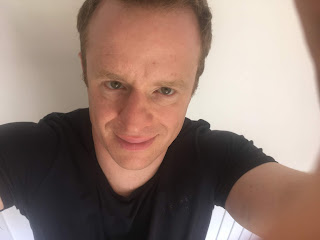 As far back as anyone can remember Guy has been an introverted creature, with an insatiable appetite for knowledge, and a dark sense of humour.

Throughout a childhood in London spent watching cold war propaganda gems such as He Man, an adolescence confined in various institutions, and a career that has encompassed stints in academic research and the sports industry, Guy has been a keen if somewhat cynical social observer.

Humour of the sardonic variety is a recurring theme in Guy’s writing. Like the author, the protagonist in The Necropolis Trilogy is a darkly humorous individual – though, unlike the author, he is a sociopath. Guy’s first novel, Charles Middleworth, is an insightful tale of the unexpected. His latest effort, Tomorrow’s World, is a satirical book of vignettes about the future.

Guy is a dedicated blogger and an avid reader. Reviews of the books he has read can be found in the review section of this blog.