In Memory of Barbara "Babs" Hightower

I want to say thanks to Bab’s Bistro for the opportunity to visit with you on her delightful blog and to Great Escapes Virtual Blog Tours for organizing this opportunity to introduce my new book in a new series: A Tangle in the Vines, Calla Lily Mystery #2.

I am so excited about my new Calla Lily Mystery series set in California’s wine country. The Calla Lily Mystery series is my fifth cozy mystery series. As in the others, you’ll find me snooping into life’s mysteries with fun, fiction, & food—California style! As I’ve developed each new series, I’ve been heading north from SoCal where I grew up. Although I spent much of my adult life elsewhere, when I retired, I came back to California and now call the toasty desert near Palm Springs, home.

Wine country, centered in the Napa and Sonoma Valleys, is an intriguing setting because of its laidback, small-town rural lifestyle and lavish, physical beauty. There’s something wildly romantic, too, about the rolling hills, the lush vineyards, the play of light and shadows as the sun passes from day into night. The evenings are especially enchanting when moonlight bathes the countryside. All that’s a perfect backdrop for romance to bloom between the two lead characters, Lilian Callahan and Deputy US Marshal, Austin Jennings.

In book one, after her Great Aunt Lettie dies, Lily comes home to a hail of bullets. That’s before she learns she’s inherited the Calla Lily Vineyards, Winery, and Playhouse. Sparks fly when a hunky lawman wearing a Stetson hat, cowboy boots, and a beguiling grin comes to Lily’s assistance. He’s intent on helping Lily discover who wants her dead and why, but it soon becomes apparent that his interest in Lily isn’t strictly professional. She shares Austin’s instant attraction. As a Hollywood actress who, until recently, had a starring role in a long-running daytime soap opera, Lily was in ‘Tinsel Town’ too long to believe in love at first sight.

There’s also the little matter of all the murder and mayhem going on around them. Life in small-town California wine country turns out to be a tangled vine of mystery, suspense, and intrigue. I love playing off the idyllic setting against all the hidden motives that drive people to misbehave. In book two, there’s another tangle in the vines that puts the spotlight on murder. Lily and her friends were hoping to produce and perform a brand-new play during the Napa Thanksgiving Harvest Festival. Less than ninety days away, that already required a minor miracle. A killer on the loose is all they need.

Another reason I love California’s wine country as the backdrop for this series is that the area wreaks of mystery rooted in its status and history. The wine industry is highly competitive. Grapes are tricky. They need to be picked at just the right moment and handled the right way to produce a palatable wine. Strategies for creating a prize-winning vintage require technical know-how, data, intuition, and the ability to be flexible in the face of the curveballs Mother Nature throws. Vineyards and wineries need money. I see the potential for funny business and foul-play everywhere!

Initially inhabited by native tribes that were all but wiped out by waves of invaders, elements of their heritage remain. The Spanish settled in the area building missions, and after the Mexican revolution for independence, the Mexican government controlled the area. After the Mexican American War, the Anglos moved in, stampeding into Northern California during the gold rush. Thirsty gold miners spurred the development of the first wave of wineries farther to the east than the Napa Valley. Hidden in that history are motives, means, and opportunities for skullduggery.

In cozy mysteries, despite the nasty, dangerous business of crime, there are all sorts of resources to deploy to combat the mischief. Of course, that includes a resourceful amateur sleuth who, in Lily’s case, happens to come into a fortune and has an inside track into the US Marshals Service. Friends like her aunt’s best friend, Judy Tucker who steps in for Lettie, and Lily’s posse of divas from LA. Plus, there are four-legged friends, too, like Lily’s beloved Miniature Pinscher, Marlowe. Humor, food, and well-crafted wine also offer a few creature comforts while trying to figure out whodunit.

There’s more to come for Lily, Austin, Marlowe, and their friends. In Fall’s Killer Vintage, the Taste of Napa Challenge turns out to be more challenging than anyone ever imagined. One of the wines entered in the competition is more than a little disappointing when it turns out to be a killer vintage. When one of Aunt Lettie’s old friends turns out to be a suspect, Lily is soon caught up in the mystery. Is the murder of a federal judge about a rivalry among vintners, or is someone out for revenge?
I hope you’ll grab the first two books in the series and join in on the misadventures in wine country. Cheers!

About A Tangle In The Vines: 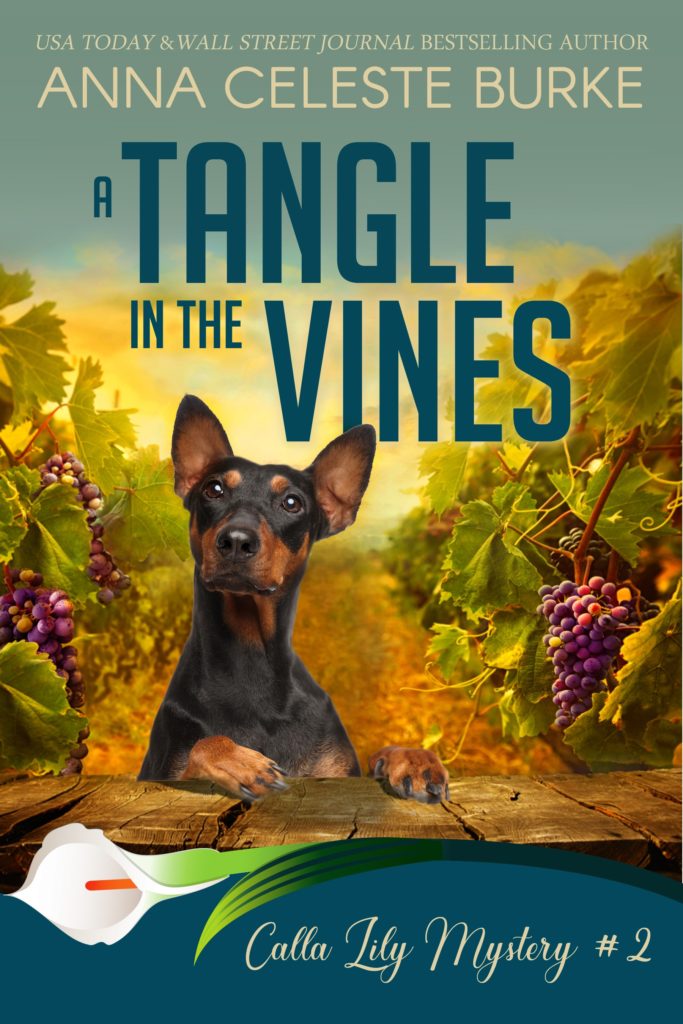 The curtain may fall on the Calla Lily Players' first season unless Lily and Austin can find a killer on the loose in California's wine country. Torrential rains threaten to put a damper on The Calla Lily Players’ first outdoor theater production. When the ground suddenly shifts, buried secrets revealed amid the tangled vines put the spotlight on murder. As Lily and Austin dig deeper into the mystery, the drama unfolds onstage and off. The race is on to find a killer before opening night. 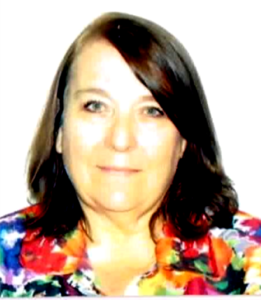 An award-winning, USA Today and Wall Street Journal bestselling author, I hope you’ll join me snooping into life's mysteries with fun, fiction, and food—California style! Life is an extravaganza! Figuring out how to hang tough and make the most of the wild ride is the challenge. On my way to Oahu, to join the rock musician and high school drop-out I had married in Tijuana, I was nabbed as a runaway. Eventually, the police let me go, but the rock band broke up. Retired now, I’m still married to the same sweet guy and live with him near Palm Springs, California. I write the Jessica Huntington Desert Cities Mystery series set here in the Coachella Valley, the Corsario Cove Cozy Mystery Series set along California’s Central Coast, The Georgie Shaw Mystery series set in the OC, The Seaview Cottages Cozy Mystery Series set on the so-called American Riviera, just north of Santa Barbara, and The Calla Lily Mystery series where the murder and mayhem take place in California’s Wine Country. Won’t you join me? Sign up at: http://desertcitiesmystery.com.