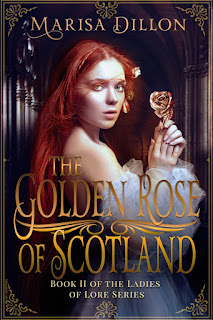 Tagline: Romantic Adventures, Not for the Faint of Heart

When poisonings are an everyday occurrence, healer Rosalyn Macpherson must be ready with an antidote. Unless it’s for the English Lord who means to claim her clan’s Highland castle.

What’s in a name? Everything, for Lord Lachlan de Leverton, a charismatic English aristocrat. He’ll break the law to sever his ties to his notorious family. But first, he must secure the deed to Fyvie Castle before the feisty Scottish lass wins it.

Because of their conflicting claims, Rosalyn and Lachlan are ordered to appear in Edinburgh’s royal court, and in an unusual twist of fate, they are assigned as guardians, rather than prisoners, to a caravan carrying the Golden Rose, a papal gift for the King of Scots.

When the royal decree becomes a forced union between the two, it’s not the remedy Rosalyn had hoped for, but by now she doesn’t hate this Englishman quite as much.

Before the knot is tied, the Rose is stolen and Lachlan’s suspected of the crime. Rosalyn then faces the hardest decision yet. Must she sacrifice her precious Philosophers Stone or the land she loves, or both, to save him?

Rosalyn closed her eyes, trying not to panic, and took in a long, calming breath, until Lachlan squeezed the air right out of her and she started gasping.

“Let me go,” she demanded, interrupting whatever suggestive words he had for her. She squirmed against his hold. “You don’t understand.”

“All I know is that one moment I’m winning a horse race against the bishop, and the next you are in my arms.” He gave her a kiss on the top of her head. “You are a gift from God. The bishop knew what I needed to be right again.”

“God’s teeth, you are not right in the head,” she said, her tone more irritated than she meant. “God would not punish me to make you whole.”

Rosalyn wasn’t sure if it was her words or her wiggling that had the desired result, but after a few moments of pushing against him, she broke free.

Rising up from Lachlan’s chest, Rosalyn smoothed her tousled hair away from her eyes, then with a tsk, she adjusted her bodice back in place.

When she gazed down, wondering why he’d given up so easily, Rosalyn was greeted by a placid Lachlan, looking very much like he was asleep.

She wanted to slap him and tell him to quit pretending. But then she noticed his heavy breathing and relaxed, almost angelic, face.

Lachlan angelic? A hero? No wonder Ursula had looked at her as if she’d joined the ranks of the jesters. Where had her sensibilities gone? Was it that disarming smile?

Just then, the wagon jolted forward and began to move, rocking her onto his chest again. As much as it flustered her, this time he did not grab her. Instead, he lay still, her body rising and falling rhythmically with his breathing. This time she was able to move away at will.

The poison. No doubt it was giving him some lucid moments between bouts of delirium. As she gazed down at the peaceful, sleeping aristocrat, she was reminded of her dislike of everything English. Could she make an exception for Lachlan? Was she going all soft on him because of his one kind gesture? But she sobered when she considered the consequences of her actions without his intervention.

For now, she would try to like him until he did something to change her mind. At least until she saved him.

Rocking back on her heels, Rosalyn touched his forehead to check for fever. She was grateful to find him cool now, but she was still concerned. Ursula had said she’d made the poison strong enough to make him sick, not kill him. Could she trust her?

Rising, Rosalyn headed to the low altar and busied herself preparing the herbs, thankful that she was able to do this alone and not under the eagle-eyed scrutiny of Ursula.

Besides the herbs, it didn’t take her long to find the other items she needed stored neatly under the altar’s skirting: a pestle and mortar, and a flask of water. She unwrapped the bishop’s herbs from the fuchsia silk and laid them out.

Taking pinches of valerian, horehound, and sage, she placed them in the mortar, then added a few drops of water. Using the pestle, she formed a sticky paste. Once satisfied with the concoction, she headed back to Lachlan’s side, on a mission to save him.

He groaned and flipped over on his side facing her.

“Lockie?” She tried the nickname he’d asked her to use, hoping it might illicit a better response.

“Eat? No!” He almost shouted the response.

Hmm. What to do if he refused the antidote?

Time was her enemy now, and she couldn’t wait until his constitution changed. She glanced about the tidy wagon trying to figure out how to feed him the herbs. Nothing. No bread or fruit to use as a serving tool. Stumped for a moment, she relaxed her breathing and began to sort through what might make Lachlan open his mouth.

Finally, deciding saving his life was more important that her squeamishness, Rosalyn scooped up some of the paste on to her middle finger, then she lay down on the floor facing him.

Because his arm was draped under his head, she was able to scoot right next to his chest and get close enough to suit her needs. Once situated, she said a little prayer, asking God to let the herb and his power save Lachlan. 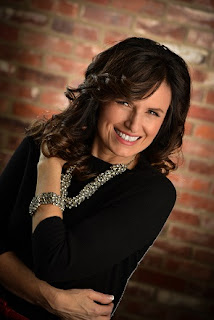 With a bachelor’s degree in journalism, Marisa has spent many years writing for the television industry. As an award-winning producer/director/marketer, she has worked on commercial production, show creation, product branding and social media. 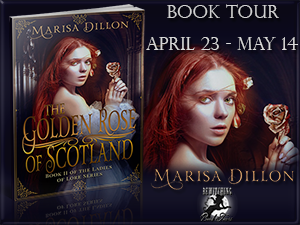