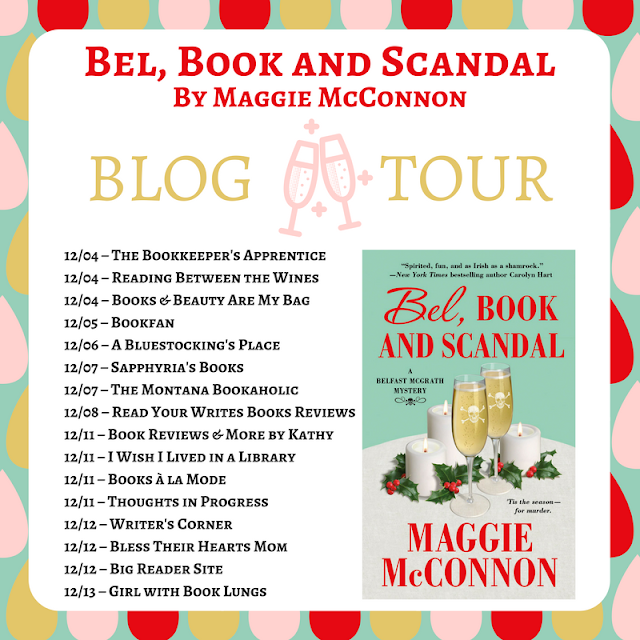 Bel McGrath tries her best to keep herself on the straight and narrow but she just has a taste for trouble. This time danger arrives in the form of a newspaper left behind by visitors to Shamrock Manor—and a photograph that jolts Bel out of the present and back into a dark chapter from her past. The person in the photo is Bel’s best friend Amy Mitchell, long gone from Foster’s Landing, at a commune in upstate New York shortly after her disappearance. The picture, and Bel’s burning desire to find out what happened to Amy—and whether she may still be alive—is the catalyst for a story in which old secrets are revealed, little by little…and certain characters are shown to not be as genuine as Bel once thought.

MAGGIE MCCONNON grew up in New York immersed in Irish culture and tradition. A former Irish stepdancer, she was surrounded by a family of Irish musicians who still play at family gatherings. She credits her Irish grandparents with providing the stories of their homeland and their extended families as the basis for the stories she tells in her Belfast McGrath novels, beginning with Wedding Bel Blues.