Some call him Purgatory’s Missing Prince. Demon Master. Overlord of Shadows. Only one woman may call him hers. 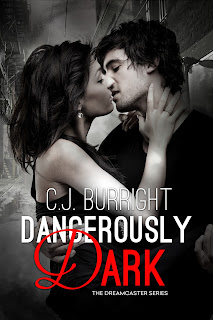 A master of dreams, a failure at life…

After another botched career attempt, Quinn Carmichael escapes to a remote lodge for a weekend recharge, needing respite…especially from the nightmares that haunt even her days. When a wounded, sexy-as-sin stranger faceplants unconscious on her kitchen floor, there’s something disturbingly familiar about him—as in he’s the boy from her childhood dreams. Mr. Dark, Dangerous, and Diabolical may be the key to unlocking the mysteries of her past and future, and Quinn isn’t about to let the opportunity—or him—escape without a fight.

His time is running out…

Known as Purgatory’s Missing Prince, Zaire’s existence has been one of endless pain, torture, and loss. Resigned to his fate, his final goal is simple—rescue his nephew before succumbing to the deadly darkness inside him. But when a fateful misstep brings him face-to-face with the one woman who could have saved him once upon a dream—the one woman he treasures above all else—he battles to keep his distance before he destroys her, too. But he would gladly sell his soul for just one taste.

Love draws them together, destiny will tear them apart

With ruthless enemies closing in, Quinn and Zaire must fight to save each other and those they care for before it’s too late—even if it means they’re doomed to live apart forever.

Read an Excerpt from Dangerously Dark:

Quinn lifted her face to the night-canvassed sky, to the blood-red moon, and refused to tremble, denied the fear a foothold in her soul. Already, she’d come too close to that happening, and the dreams had only just begun. She had the entire rest of the night to survive.
A chittering echoed from beyond a sand dune. Whatever had made the noise remained out of reach for now, but not long enough. She slouched. So much for downtime.
Weariness shuddered through her. It would be so easy to curl up on the cool white sand beneath her boots and surrender. To let whatever monster came next do its worst and slip into oblivion for a while, despite the cost. Gripping the iron cross, its chain wrapped around her wrist, she closed her eyes. Relaxing for even a second was dangerous, but she was so tired, she almost didn’t care.
“Quinn.” Close, so close, the musical voice sang a shiver through her, more sinister for its serene softness. She didn’t want to open her eyes, didn’t want to know what new horror haunted her nightmares and knew her name.
With a resigned sigh, she faced the voice and froze. Zaire stood in the sand a foot away. He was different than outside the dream. His dark hair was shorter, in a skull cut. Same olive skin, same kiss-me mouth, but his eyes…she inhaled. His eyes, black velvet in life, now held an abysmal void, deeper and more potent than when he’d been a boy. The darkness there pulled at her, grasping for her soul.
She forced her attention to the rest of him, and her brain blanked while her body purred. Black leather boots. Trousers covered in blue-black metallic scales. And a shirt of the same iridescent material as his pants, only lighter. Black weapons hung everywhere, sword at his lean hip, knives strapped across his broad chest, on his belt, in his boots. The whip-end tail of one silver tattoo poked past his collar and licked his collarbone.
Lethal. Vicious. Magnificent.
He was her midnight fantasy and nightmare combined. Fantasy because he embodied everything she wanted. Nightmare because he wasn’t really Zaire. In her childhood, he’d snuck into her dreams, a dark presence watching over her, but whatever wore his face now wasn’t the boy from her past or the man she’d finally met. She gripped her cross tighter.
“Nice sword,” she said, her voice raspy with regret. “Come here often?”
He watched her with those fathomless eyes, unblinking, and she had the strangest impression that he memorized every detail of her. Probably searching for her weak points.
The chittering beyond the sand dune grew closer, and she nearly slumped beneath another wave of fatigue. Fighting a manifestation of Zaire along with whatever else came along made her want to cry.
“Why so sad, dearling?” Deep and soothing, his musical voice only added to her misery.
Dearling. She wouldn’t have minded Zaire calling her that, but she wasn’t about to put up with endearments from a demon, and dishonesty was a waste of time. The demons always knew the secrets she tried to hide.
“Oh, you know. All the usual.” Quinn straightened, pushing the exhaustion aside. “Nonstop nightmares. Delusions in the daytime. Trying not to ruin my mother’s political career. Figuring out what to do with my life. Meeting you.”
“Meeting me brought you sadness?” His voice lowered another octave. He shifted slightly, and his clothing shimmered, like dragon scales in the moonlight. His dark beauty squeezed her heart. What she wouldn’t give to have him be real and with her now, fighting the nightmares together. Calling her sweet names.
“It’s not you, not really. It’s the idea of you. Your existence. Knowing you want to leave.” She should kick herself. Conversing with a demon. Brilliant idea.
“Want and need are not always equal.” Flames danced in his eyes, stirring up annoying embers in her blood.
“Right.” She snorted. “I’ve been around the block a time or two, pal. You read my thoughts, manipulate my desires, and use them to tempt me into despair. Demons one-oh-one.”
He frowned. “I am not your…pal.”
Cresting the dune, a shadow raced toward them, white sand churning beneath it. In archetypal demon fashion, tendrils of fear preceded its arrival, which Quinn ignored. She had enough experience with fear to resist its pull, and the demon two steps away was much more treacherous.
And undeniably intriguing.
“Sorry about that. Do you prefer buddy?” She grinned at an unusual burst of energy. “How about chum, bro, dude, or ol’ chap?”
“Zaire will do,” he said stiffly.
“Nice Zaire costume, by the way. Pal.” She rocked back on her heels, biting her lip to keep from grinning like a crazy person. Typically, a demon staring at her with murderous intent would batter her senses with wave after wave of horror. Instead, she had the irresistible need to bedevil the demon.
Behind him, the darkness loomed larger, speeding closer with each heartbeat. A shadow man, common, familiar, and not particularly threatening. It couldn’t do much physical damage, not when she was ready. She jerked her chin at the phantom barreling down on them, five seconds away tops. Maybe that was what this Zaire waited for, backup. “Friend of yours?”
Smooth as any practiced dancer, Zaire freed a knife, pivoted, and threw it at the shadow three yards away, all before she could flinch. The darkness exploded into black and silver glitter, sparkling and lovely in the night.
He waited in silence until she met his gaze again. “I don’t have friends.”
A thrill coasted down Quinn’s spine, not the type of thrill she’d ever experienced in her nightmares. This one spun warmth all the way to her toes and back to her scalp. This demon was dangerous, and she wasn’t even referring to the blades strapped to every limb—weapons that destroyed other demons. He made her needy and achy and tingly in all the right places. 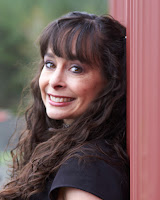 C.J Burright is a native Oregonian and refuses to leave. A member of Romance Writers of America and the Fantasy, Futuristic and Paranormal special interest chapter, while she has worked for years in a law office, she chooses to avoid writing legal thrillers (for now) and instead invades the world of urban fantasy, paranormal romance, or fantasy. C.J. also has her 4th Dan Black Belt in Tae Kwon Do and believes a story isn’t complete without at least one fight scene. Her meager spare time is spent working out, refueling with mochas, gardening, gorging on Assassin’s Creed, and rooting on the Seattle Mariners…always with music. She shares life with her husband, daughter, and a devoted cat herd. 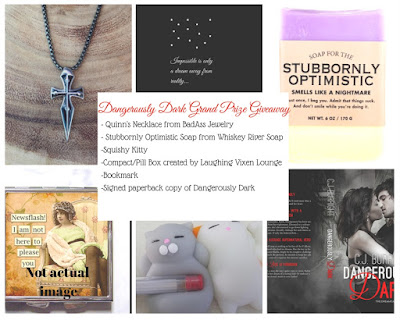 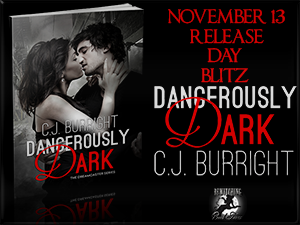