Against the approaching darkness, I am the light. 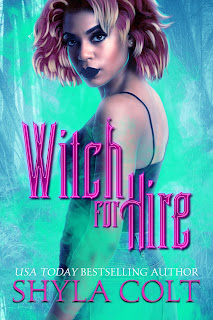 About Witch for Hire:

Young, terrified, and bound to a vampire, Louella Eschete fled the bayou and swore off magic. Years later, she’s returned to the tiny town of Cypress, Louisiana to take her rightful place as head of her magical family, whether she likes it or not.

In order to keep the tentative peace formed between the various races of powerful beings who rule side by side, she must face her own demons. Mainly one, Cristobal Cortez.

Now a master vampire, and lord of the seven cities surrounding New Orleans, her former lover has moved up in the world. Their relationship gets way more complicated when his court is framed for a rash of murders they didn’t commit.

Forced to play her role as his bond mate, and launch an investigation into the darkness threatening to overturn truces, she may be in over her head.
Go to Amazon for more information about Witch for Hire. 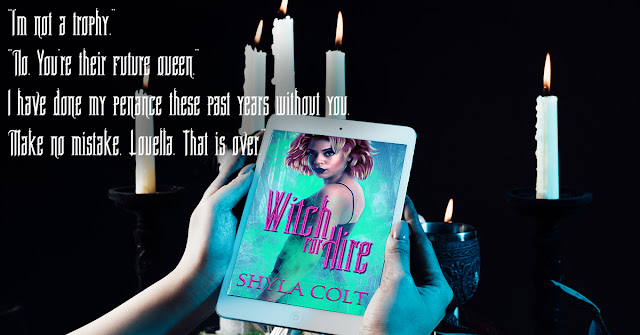 Read an Excerpt from Witch for Hire:

I spot his form on the outskirts. Though, I’m loathe to admit it, my night vision is better than a human’s. Energy crackles on my fingertips. Bright green sparks break the inky blackness of night. My stomach sours. Being in the same space works as an amplifier for us. I’m manifesting new powers. He’s turned me into something foreign. Physical manifestation of magic is rare and left to the most powerful.
I curl my hands into fists. He foresaw this all those years ago in that graveyard. He recognized the potential of the two of us could create together. My chest aches. Some wounds cut too deep to ever fully heal. Angers pools in my belly. I wanted love. I got lies and manipulation instead. A pulsing ball of energy forms in front of me. I’m hypnotized by the technic-color glow. How could this come from me?
I shake under the strain of maintaining it. What was created in anger is burning off my reserves.
“Let. It. Go.”
The command given in a dulcet tone snaps my hold on the newly discovered power. The ball hurtles toward him. I resend the magic, knowing the back lash of the abrupt interruption of signal flow is going to be a bitch. Lifted off my feet by a form of magical feedback, I’m pitched back violently. My stomach drops, and then I’m caught in a strong pair of arms. The gravity of seeing him in person so close up presses down on me as I drown in his chocolate colored gaze. My tongue sticks to the rough of my mouth. All thought flees as my barriers buckle like the compromised hull of a ship. The high, well-sculpted cheek bones lead down to a strong, diamond shaped jaw rounded out by a dimpled chin. His button nose gives an eternal boyish quality to his rugged good lucks. He swallows and my gaze is drawn to his throat as my mind his worked over by years of memories.
We’re exchanging information like two computers updating. He cups my face. “Louella.” I twitch as I ride the wave of power being exchanged between us. 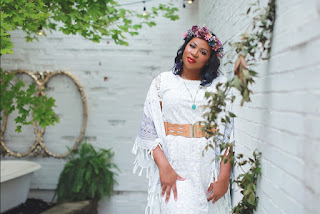 Shyla Colt is the sassy international bestseller of the popular series Kings of Chaos and Dueling Devils M.C. This genre-hoppers stories feature three of her favorite things: strong females, pop culture, and alternate routes to happy ever after. Listening to her Romani soul, she pens from the heart, allowing the dynamic characters, eccentric interests, and travels as a former flight attendant to take her down untraveled roads.

Born and raised in Cincinnati, Ohio, this mid-west girl is proud of her roots. She used her hometown and the surrounding areas as a backdrop for a number of books. So, if you’re a Buckeye, keep an eye out for familiar places.

As a full-time writer, stay at home mother, and wife, there's never a dull moment in her household.

She weaves her tales in spare moments and the evenings with a cup of coffee or tea at her side and the characters in her head for company.

You can interact with Shyla Colt online via her website
www.shylacolt.net 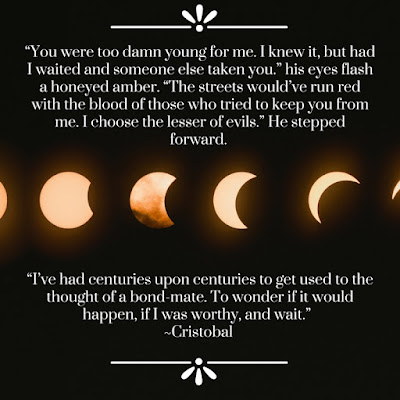 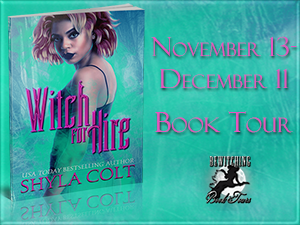