The Viking gods have been banished from Asgard by Odin. Today they make the best of life on Earth. Thor is a professional athlete, Freya a prostitute, and Loki sells cheap products on QVC. Lurking in the background of their lives is a prophecy; one that declares that their time is at an end. Ragnarok is about to throw the gods into a state of civil war and the one who controls the hammer of Thor may be able to change the arc of destiny.

Brian James is a professional writer whose work has appeared in a number of mainstream publications. In the past he has written articles for the Detroit Free Press, The World Poker Tour magazine, Classic Rock Magazine, Audi’s various publications, and a score of websites. While working with the World Poker Tour, and a subsidiary website, Brian was also responsible for celebrity and player interviews. 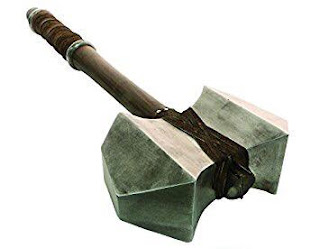