Welcome to the 1 Month Book Tour for Michael H. Rubin's Novel, Ca$hed Out 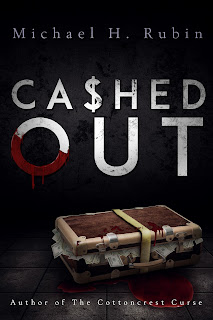 One failed marriage. Two jobs lost. Three maxed out credit cards. “Schex” Schexnaydre was a failure as a lawyer. Until three weeks ago, he had no clients and no cash -- no clients except for infamous toxic waste entrepreneur G.G. Guidry, who’s just been murdered, and no cash, except for  the  $4,452,737 Guidry had stashed with him for safekeeping.

When Schex’s estranged ex-wife, Taylor, is accused of Guidry’s murder, she pleads with Schex to defend her. He refuses, but the more he says no to Taylor, the deeper Schex gets dragged into the fall-out from Guidry’s nefarious schemes, ending up as the target of all those vying to claim Guidry’s millions for themselves.

A nationally-known speaker and humorist as well as a full-time attorney, Michael H. Rubin has had a varied career. He has also been a professional jazz pianist in the New Orleans French Quarter, a radio and television announcer, and an adjunct law professor. His debut novel, “The Cottoncrest Curse,” received the Book-of-the-Year Gold Award at the annual meeting of the American Library Association in 2015 and was named the top thriller/suspense novel published by a university or independent press. Rubin is the winner of the Burton Award, given at the Library of Congress, for outstanding writing, and is a member of the Author’s Guild, the International Thriller Writers, Mystery Writers of America, and the International Association of Crime Writers. 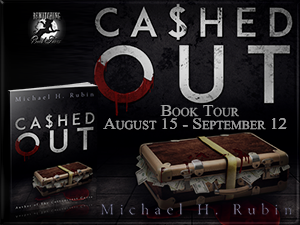